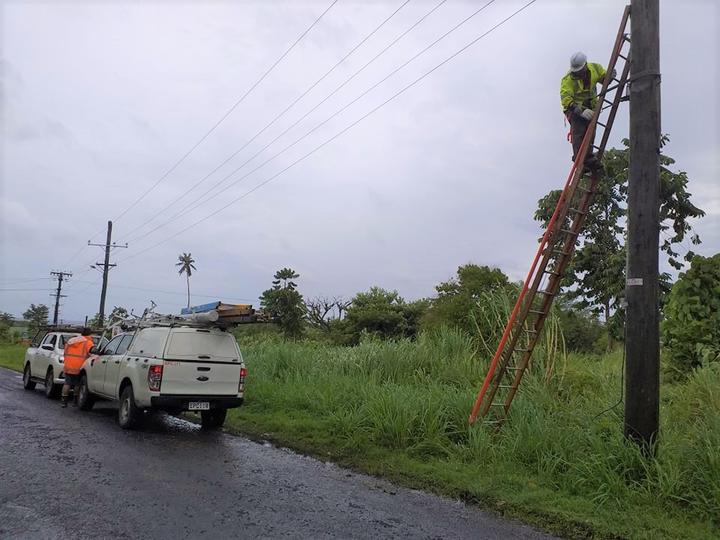 Samoa's power supply, international flights as well as inter-island ferry sailings were disrupted over the weekend due to bad weather brought by Cyclone Tino.

Hundreds of passengers and vehicles were stranded on Mulifanua and Salelologa wharves on Saturday when the Samoa Shipping Corporation temporarily called off its scheduled trips due to high seas and strong swells.

The corporation ferries went back to normal schedules on Sunday with additional trips to clear stranded passengers and vehicles.

Most of the electricity supply to disrupted areas in Upolu, Manono, Apolima, and Savaii islands have been restored.

Warnings however are still in place for fishing boats because of heavy swells.

People living in low lying areas and near river banks are also being advised of flash floods.

The weather office said Tino has moved further southeast and no longer poses a threat.

However, an active convergence zone which links to the system remains over Samoa, providing heavy downpours at times, strong and gusty winds, flooding and possible landslides.

Niue's disaster authorities say waves crashed over cliffs at least 20 metres high due to the peripheral effects of Cyclone Tino.

Despite the centre of Tino being nearly 400km away at its closest point, the storm brought winds of up to 100 km/hr and damaging swells to the island.

Niue Disaster Management Officer Robin Hekau said the storm had an impact on the island despite it not being in its direct path.

He said the eastern side of the island suffered damage to coastal areas including to sea tracks and temporary huts.

Mr Hekau said debris, including boulders, were washed up onto cliff tops between 20 and 30 metres high.