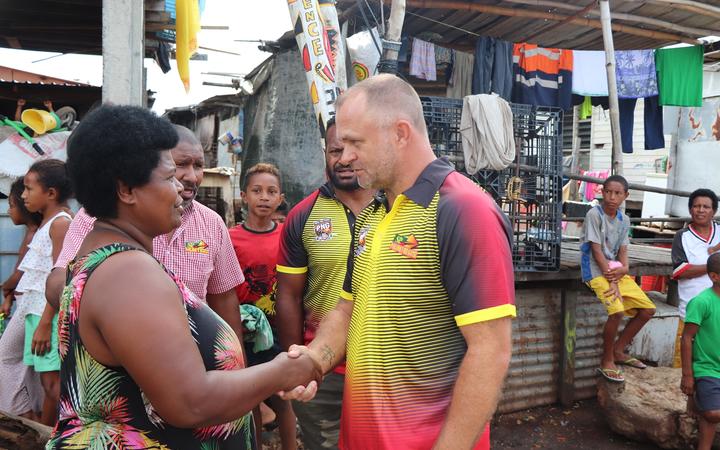 Church has been in the role for just two-months and has gathered his final squad this month to prepare for the upcoming Intrust Super Cup season.

With 850 languages being spoken in PNG, Church said communication was always going to be a challenge but one he would tackle head first.

"A lot of the boys they have their native tongue and learn Pidgin [Tok Pisin] and then English would actually be their third language, so I knew there were going to be some issues with it [communication] starting up," he said.

Church succeeds inaugural coach Michael Marum who led the team for six seasons and said it would take the players some time to get used to English being spoken so much at trainings.

However he said the players were starting to settle into camp and were coming to grips with his coaching style.

"Being able to write stuff down has seem to [help them] understand a little bit better where they can actually see what I'm trying to communicate across to them but the boys themselves who probably do understand very well, they take a bit of a lead and help out with the communication to the guys who don't understand," Church said.

The Australian said the Hunters' PNG internationals had now settled into camp.

"It's giving them a chance and a bit of understanding of what my coaching style is like and how their playing style is going to be going forward so there was a fair bit of revision [involved] but they obviously bring a lot of experience as well."

Wet weather had disrupted the squad's training somewhat, but Church said they had learnt to adapt to situations and it shouldn't hinder them from achieving their goals.

"We have to adapt and grow and accept those challenges because they shouldn't be deterrent for us in trying to achieve our goals," he said.

Despite only being in the role for a short while, Church said he's loving his time with the team.

"I've always aspired to work with players at the highest level and it's been an enjoyable experience to oversee the whole program."

"I've spent quite a few years as an assistant coach and I know you don't need to be head coach to make an impact or a difference but it's good to put my thoughts forward in how I want the team to play and carry themselves."

The Hunters will open their 2020 Intrust Super Cup season on 15 March against the South Logan Magpies in Brisbane. 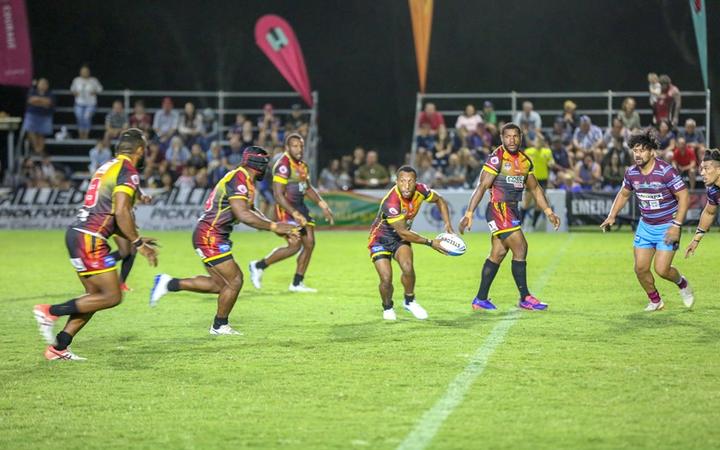 The PNG Hunters have a huge following Photo: QRL Media