The Fiji Meteorological Service says Tropical Cyclone Tino is now a Category two storm with winds of up to 140 kilometres per hour.

Disaster authorities in Fiji are expecting Cyclone Tino to make landfall at Udu Point, the northernmost part of Vanua Levu, before midnight. 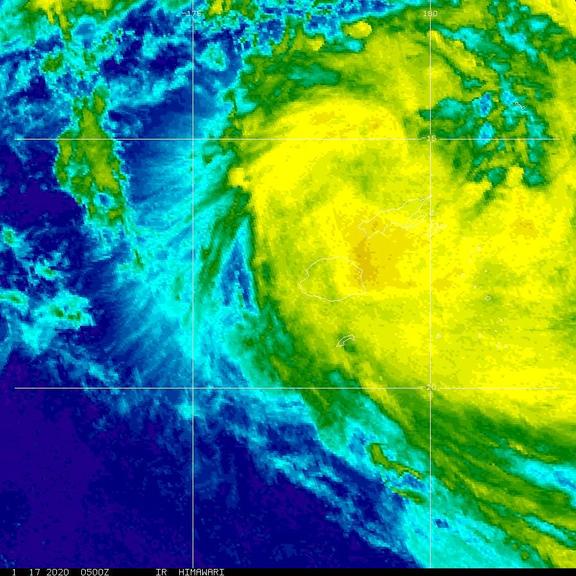 The Category two Cyclone continues to strengthen as it moves Southeast at 28km/hr.

The director of the Fiji Disaster Management Office said they have pre-positioned some relief supplies with the disaster commissioner for the Northern Division that can be used as soon as the cyclone passes over Vanua Levu.

"Shelters, W.A.S.H. kits that he can actually use prior to additional support coming from us. We have got our cluster system, Red Cross, we have got the civil society [organisations] that are ready for deployment and that are willing to assist the Fiji Government in ensuring that life normalises for those that will be affected by Tropical Cyclone Tino," Vasiti Soko said.

She said already over 100 people are being looked after in evacuation centres across the country.

After leaving Vanuau Levu the cylone is expected hit the isolated Lau Group of Islands in Fiji's south.

Soko said relief supplies have been prepositioned there as well and a government barge with additional supplies is standing by to leave for the islands as soon as the weather clears. 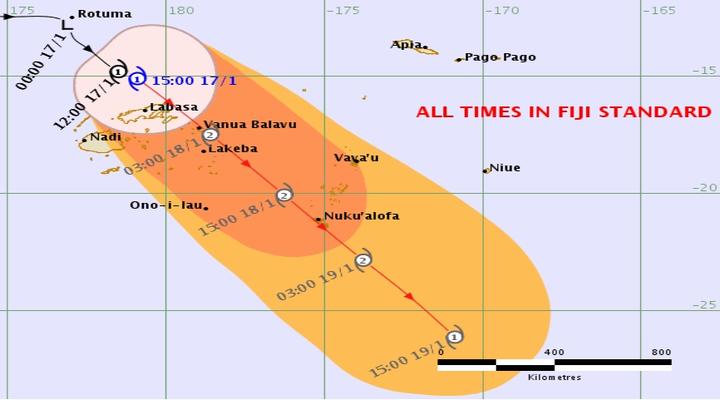 In the meantime she is urging the public to adhere to cyclone warnings and be proactive in seeking shelter from the storm.

"We ask the general public to be aware of your nearest evacuation centre and also know when to move. Please move before it gets dark, if you see that your area is no longer safe or your home is no longer safe," Vasiti Soko said.

"Please make the move as soon as you see the water begins to rise so that you and your family are safe."

Indirectly related to the Cyclone, Soko said police are still searching for a father and daughter who were swept away in the Central Division on Viti Levu while trying to cross a river in bad weather. 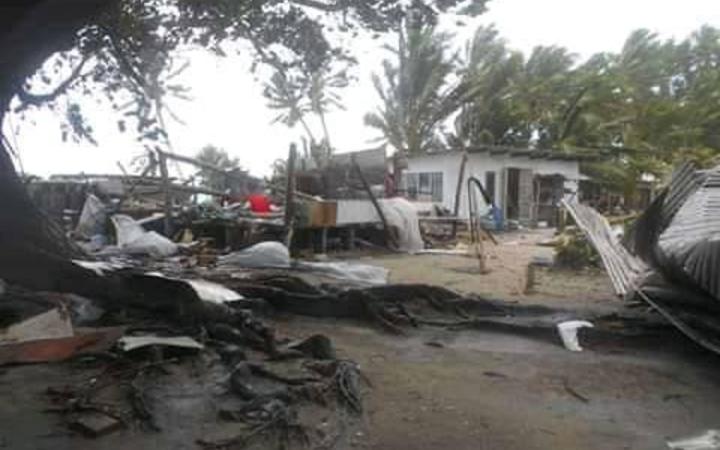 Current predictions indicate Cyclone Tino should to start affecting Tonga from this afternoon.

If it stays true to its forecasted path, it will pass directly over the main island of Tongatapu.

Both Tonga and the Lau Group in Fiji just a few weeks ago were also affected by Cyclone Sarai.

Special weather bulletins from the Fiji Metservice on Cylone Tino can be accessed here.

Cyclone TINO Hits Tuvalu ...this is Funafuti this evening pic.twitter.com/BOAn1qi4AT