Three of the five Pacific nations competing at the 2021 Rugby League World Cup have been drawn to meet each other in pool play. 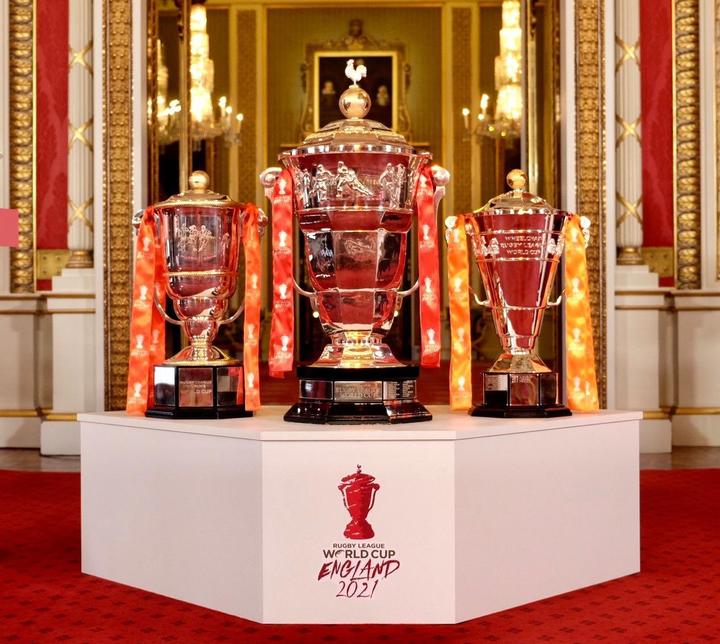 The draw was conducted by Prince Harry at Buckingham Palace with 16 nations taking part in the event where each competing nation in the respective men's, women's and wheelchair events learnt their eventual opponents.

Samoa are set to open the tournament against hosts England at Newcastle's St James' Park on 23 October. They join France and Greece in Group A.

Fiji are grouped with champions Australia, Scotland and Italy in Group B.

New Zealand have been drawn alongside, Lebanon, Jamaica and Ireland in Group C while the Cook Islands, who only recently sealed their third trip to Rugby League World Cup and first since 2013, are booked to play Tonga, Papua New Guinea and Wales in Group D.

Tongan centre Konrad Hurrell tweeted his delight at meeting Prince Harry during the draw saying it was an honour to represent his Tongan brothers and country at the event.

Still can’t get over today. Kid from Tonga get to walk in to the Buckingham Palace and get to meet the Duke of Sussex Honoured to represent my Tongan brothers and country for the @RLWC2021 draw. pic.twitter.com/RkoCisQAF3

The women's event will run alongside the men's event for the first time with PNG joining England, Canada and Brazil in Group A and the Cook Islands going up against New Zealand, Australia and France.

A wheelchair tournament will also take place with hosts England playing the likes of Spain, Norway and Australia.

Chief Executive of RLWC2021 Jon Dutton said he was excited to welcome competing nations to the biggest and best Rugby League World Cup of all time.

"The draws have been a fantastic example of where this tournament is aiming to be in 2021," he said in a statement.

"We want to deliver a truly world class event next year and we're really excited by the first three fixtures that have come out from today's draws."

"We are hugely excited to welcome the competing nations to what will be the pinnacle of rugby league competition as we look to deliver the biggest and best Rugby League World Cup of all time."

Fixtures dates for the tournament are yet to be announced but EPL grounds like Old Trafford, Anfield, the Emirates Stadium are among the 18 venues to be used.