The first lineup announcements have been made for a series of concerts in New Zealand, which aim to raise funds for the families of measles victims in Samoa. 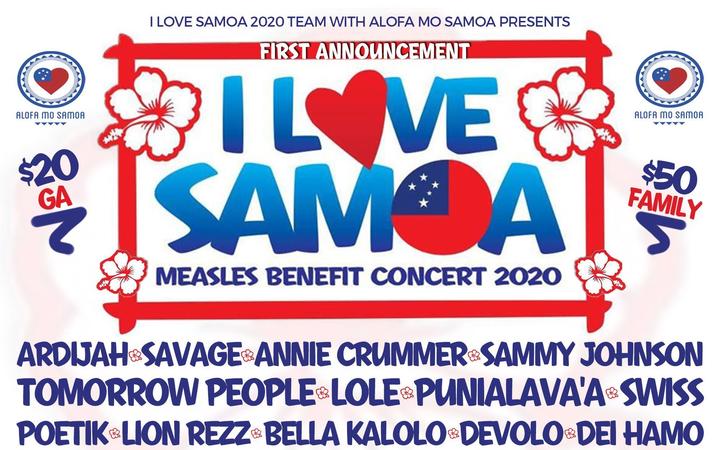 The 'I Love Samoa 2020' concerts will take place in Auckland, Wellington and Australia's Gold Coast from the end of the month.

Hip hop stars Savage and Swiss will also perform as well as other Pasifika stars.

Organiser Danny 'Brotha D' Leaosavai'i told 531pi the response from the musicians had been heart-warming.

"They're all donating their time and their talents for this.

"The monetary value of each of these artists is far beyond what probably we could have paid for...I'm speechless. I want to thank them personally and sincerely."

Brotha D said the lineups might differ at each venue but more details could be found on the event Facebook pages.

He said the aim was to get as much financial assistance to Samoan families as possible.

"We have aligned ourselves with Alofa mo Samoa, which is spearheaded by Sir Michael Jones and his team.

"They did the Give-a-little page and they raised about $100,000 and quietly they went and gave the money to the different families. You know, we are gonna follow suit," Brotha D said.

The epidemic has so far claimed 83 lives, most of them children.

To date, there have been 5697 measles cases reported to the Disease Surveillance Team since the outbreak started in mid-October.