More than 3000 people in the Western Highlands of Papua New Guinea could soon be starving after a freak hail storm destroyed their food gardens on Christmas day. 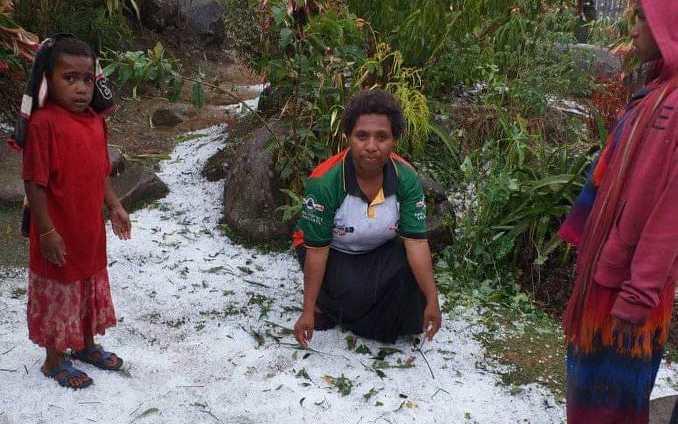 "We have frosts but this was very strange," he said.

"It covered the whole area within the boundaries of one council ward. There were big, big hail stones that fell and destroyed all the food gardens, even the trees and some houses."

Two villages next to the ward also lost gardens. Flattened crops included bananas, peanuts, corn, taro and cassava. The most significant impact, however, could be the loss of kaukau tubers, a sweet potato staple of the area. 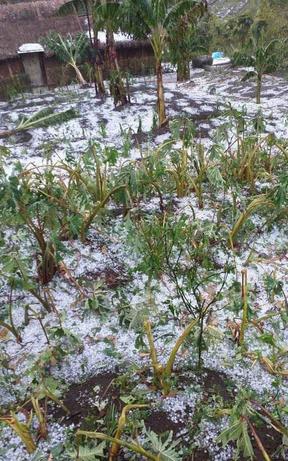 "Five days after the disaster, I asked one of the mothers to dig out the kaukau from the ground and the tubers were all destroyed," Mr Yakumb said.

"Now it's raining. Everything is destroyed because of continuous rain. Water is getting into the tubers and it's going to destroy all the tubers."

Precious tobacco cash crops were also snuffed out by the hail. Mr Yakumb said the tobacco which villagers sell at the local market were "all destroyed".

The damage wasn't limited to crops, however, with at least two pigs perishing in the storm. The disaster manager speculated the livestock died due to the "extreme cold".

Food assistance is now needed in Hagen Central. The National reported former Lutheran church assistant bishop Zau Rapa, from the Trula-Memeka tribe, saying the villagers were "staring in the face of starvation".

Ruben Fuapo, from the Mt Hagen branch of church charity Anglicare, suggested those affected by the storm could probably rely on the generosity of friends and family for a time but Mr Yakumb said long-term support would also be required.

"What they need at the moment is food and seedlings to replant their gardens. Seedlings they will probably get from their friends but they cannot continue to assist them with food," he said.

"It will take six or seven months to regrow their gardens so during this period they will need food. They will suffer for six or seven months. The worst thing is that when the kids go back to school it will affect their education as well because there will be nothing left to feed them."

Mr Yakumb said it was doubtful the Western Highlands provincial government could provide emergency supplies as its "budget had been cut for any disaster assistance".

He would soon send a report to the National Disaster Centre in Port Moresby in the hope it could send relief. Foraging for food in the meantime could be difficult.

"When all the ice melt it ran into the rivers and it killed all the small fish," Mr Yakumb said. "So, there's no fish in the rivers as well." 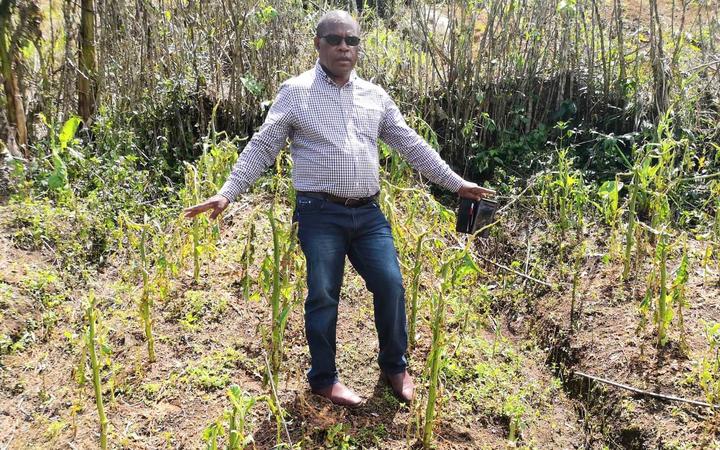