Hundreds of dead fish have washed up on beaches in French Polynesia's Society Islands. 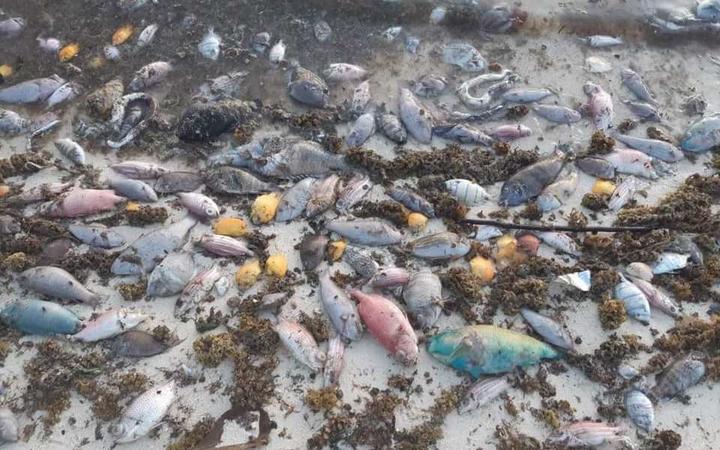 Pictures on social media show an array of fish on beaches on Raiatea and Bora Bora, with more floating in the lagoon.

It is not clear what caused the fish death.

According to local media, some believe they died because the water in the lagoon wasn't refreshed while others believe the water had become too warm.

However, the mayor of Bora Bora told local television that it was a recurring natural phenomenon which happened every 20 years.