Three members of the Vanuatu National Women's team are competing in the inaugural Malaysian Super Women League as part of a bid to raise the standard of women's cricket there. 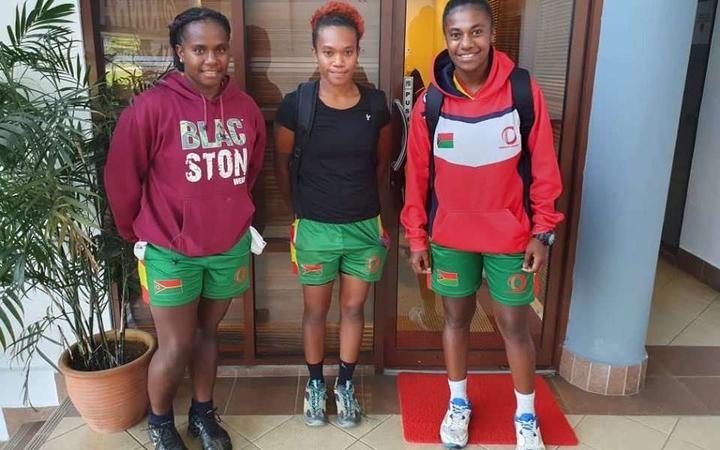 The tournament was organised by the Malaysian Cricket Association (MCA) to provide elite-level competition for national women players to impress selectors ahead of international assignments in 2020.

Vanuatu Cricket Association president Mark Stafford said they were happy to support the tournament and were excited about the opportunities becoming available to cricket players in Vanuatu.

"It's fantastic for the individuals concerned but also for all our women in the Vanuatu cricket women's programme."

It was wonderful for players to see that if they worked hard and performed, that such opportunties would come along from time to time, he said.

"We had to find the cost of fares to get the three women to Kuala Lumpur, but we were pleased to do that to try and give our girls the greater experience and greater depth and knowledge of the players that they will face in coming years across the board in the ICC tournaments."

Stafford said the Vaunatu National women's team was also planning to travel to Kuala Lumpur in March next year, where they will play an international series against Malaysia and other countries.

In a statement from the MCA, president Mahinda Vallipuram said it was a step forward for Malaysian women's cricket and moving beyond to Australia and Vanuatu.

"This tournament is intended to provide high-performance competition and opposition for the top players in the country, while giving younger players the opportunity to spar against higher-level players," said Vallipuram.

"We want to make this a premium event not only in this region but beyond and give opportunities to women to play on an equal footing," he said.

Vanuatu's Navaika has been playing in the Central Super Girls squad while teammates Solman and Langiatu play for the Southern Jaguars.

The four teams - Central Super Girls, Eastern Lioness, Northern Queens and Southern Jaguars kicked off with round robin fixtures on Sunday at the Kinrara Oval, with a final and a third-fourth place playoff to be played this Thursday, 2 January.

The trio will be travelling back through Queensland, where they will join the East Asia Pacific women's team in the Australian Country Cricket Championships played in Toowoomba from 3 - 11 January.