A lack of understanding around Pacific Island culture and values and a fear of failure have been identified as key barriers preventing more Pasifika players becoming involved in rugby leadership in New Zealand.

The findings came out of the Navigating Two Worlds project, which began in 2016 as a research project from AUT University, after staff at Auckland and New Zealand Rugby noticed a disparity between the number of Pasifika rugby players and those involved in non-playing roles at the grassroots level in Auckland. 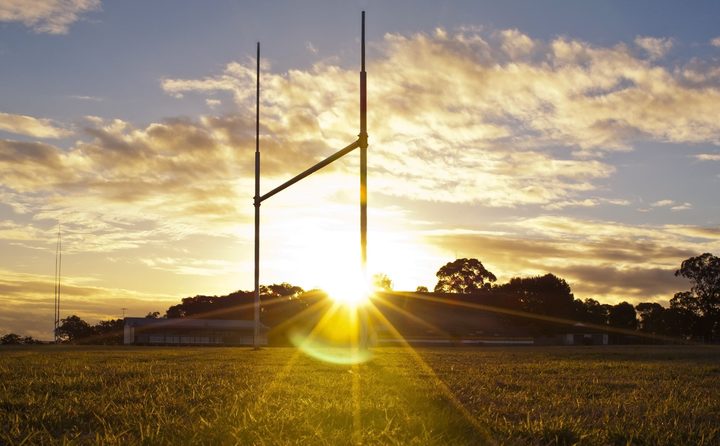 Pasifika make up 33.1 percent of volunteers in Auckland club rugby.

However, AUT University's Professor Lesley Ferkins says that number is not reflected in formal leadership roles such as board and committee members, coaches or referees.

"That's why New Zealand Rugby was interested in this element in that they recognised there were very few formal Pacific people involved in off-field roles and so quite a Eurocentric system in terms of off-field administrative structures, and yet a really strong Pacific contribution on the field," she says.

"Immediately there there's going to be a difference in cultures - a Eurocentric culture versus a Pacific culture - and so what Navigating Two Worlds has done is enabled the two distinct cultures to come together and for the best of it to be drawn out in a leadership sense." 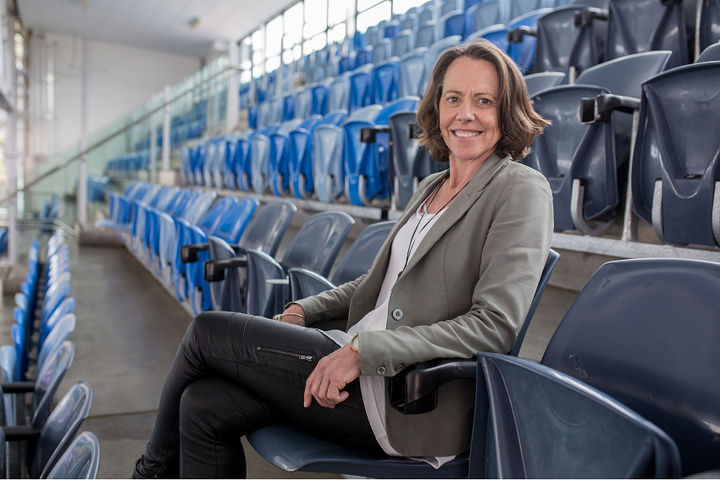 One of the project members for Navigating Two Worlds, former New Zealand Sevens international Tracy Atiga, says Pasifika wanted to be involved in leadership positions in their local rugby community but found themselves being overlooked.

"There were a lot of people with Pasifika backgrounds and influences, who wanted to be a part of either boards or in general manager roles et cetera but they were missing out on those opportunities and obviously when you have people who are already in a great position to lead and to demonstrate leadership and to inspire a new generation of leaders - if they're not in those positions then of course they're never going to be able to actually motivate anybody moving forward," she says.

"So, it was actually through conversations that were had around tables at Auckland Rugby - that's how it all sort of came about - and they approached AUT University to see if there was some type of project in there where they could get to the bottom of it."

Interviews with members of Auckland's Pacific Island rugby community, including players, coaches, referees and former internationals, found that many clubs lacked understanding of the 'Pacific Island way', which focused less on individualism and status and more on family and a collective, community approach.

All participants cited a desire to serve and help others but Lesley Ferkins says this did not necessarily involve doing so in a formal position, such as chair, CEO or head coach.

"When we started to understand Pacific cultural ways of doing things, we connected up those approaches to leadership that we felt would be incredibly valuable to contribute to off-field leadership in rugby...a collectivist approach, a relational approach, a service orientation and an informal appreciation for acts of service and leadership." 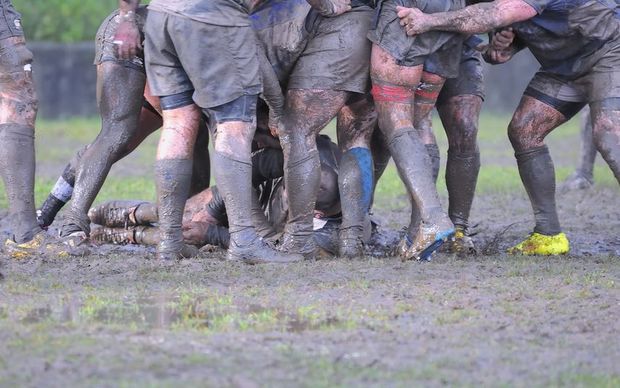 Tracy Atiga, who is also the former chief executive of Auckland Basketball, says while their cultural upbringing instilled a strong sense of paying it forward, researchers identified a number of barriers preventing Pasifka from taking on leadership roles within the rugby community.

"There was some basic ones like transport, obviously family structure - if you've got more than three children in a family you're having to go around bits and pieces and do work everywhere, other family commitments - as we know in our Pasifika community: church, extended family functions et cetera," she says.

"But one of the key things that came out of the barriers, and it was supported by a lot of people, was number one the lack of communication within clubs and the lack of opportunity to conduit between the Pasifika community and the leaders of the community in the club space, and then another issue was the fear of failure or embarrassment to put yourself out there." 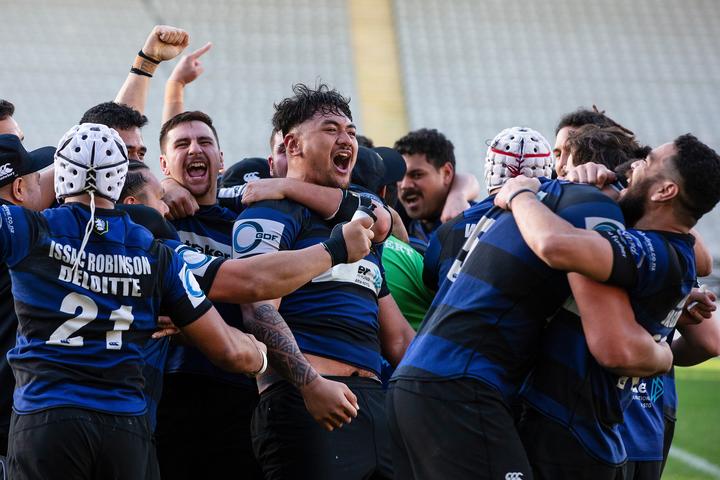 The organisation and structure of rugby clubs was viewed as being "orientated towards a more European approach" that emphasised defined roles and many in the Pacific Island community did not feel comfortable with self-promotion or putting themselves forward for the roles.

A number of participants also emphasised that it should be the best person for the role, regardless of ethnicity, and people should not be given roles just because they are Pasifika.

"You still want the best people in there but we want our people to strive for those positions as well," said one individual.

Following the initial study, a Pacific Advisory Group was set up in 2017 to help bridge the gap between Pasifika and non Pasifika involved in Auckland's rugby community. 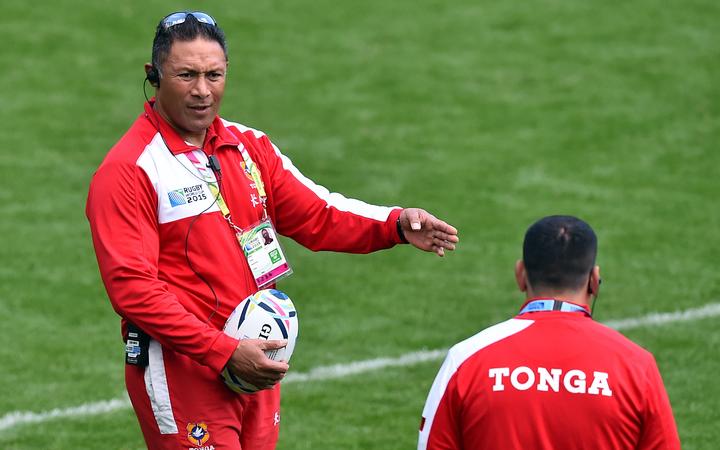 The group worked with AUT University to establish a series of cultural awareness workshops, which brought members of the Pacific Island rugby community together with leaders from clubs in the Auckland, North Harbour and Counties Manakau regions.

"The key to those workshops is really to give our club leaders - who a majority of them...are European and male - it was giving them the opportunity to understand the changes in their community from a Pasifika lens...

"And to allow those club leaders a safe space to ask the questions...Why is it that we've got very strong representation in the playing space but not so many Pasifika in the governance space?"

Lesley Ferkins says one Auckland rugby club that has benefited from the workshops is Ardmore Marist.

"The club president out there, Glen Flavell, for example speaks of how he has come to much better understand Pacific culture...

Kevin Senio says there are huge benefits to making rugby clubs a more welcoming place for the Pasifika community.

"There's a real appetite from other clubs to really embrace and understand the cultural nuances and how to do we incorporate or bring them into our communities because the clubs are a great opportunity and great hubs for our Pacific community.

"We know from our Pasifika lens that the churches are that establishment. [In] an ever-changing kind of society here in Auckland, New Zealand, that's changing - so what's been identified in clubs is...how do we bring them in in a real sense of welcoming and belonging into the clubs."

Senio helps coach the premier rugby team at Ponsonby and says their club has benefited from a strong Pacific influence.

"BJ is obviously a pioneer of the South Pacific community, not only playing but administration roles, so I saw that modelled and my late uncle Peter Fatialofa demonstrated and modelled that. So, I saw it and I felt that's something I'm going to do when I'm finished because the game has given so much to me." 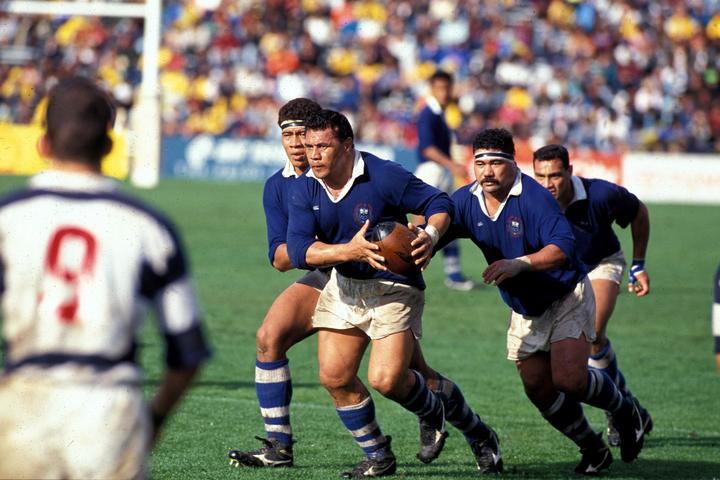 Atiga says many participants in the workshops talked about being inspired by the many examples set by other leaders in the Pacific Island community.

"I'm actually motivated by the likes of Vania Wolfgramm - a young Samoan mum who has put herself out there, gone away, studied, embraced the rugby culture. She's played for New Zealand and she's now running women's rugby development across New Zealand," she says.

"Now had Vania not ever put herself out there like that and championed a role like that for women, especially Pasifika women, I really doubt that we would see the growth in participation numbers that she's been able to bring through across the nation."

Proud to a daughter of Samoa, representing both Aotearoa and our Pasifika Nations! #empowerwomen #gsmp2019 pic.twitter.com/QygiYHRWoK

Kevin Senio was also part of another pilot programme that identified and mentored Pacific Island members of the rugby community, who were keen to upskill and gain knowledge from those already in leadership roles.

"This project - where it resonated with me was actually I can play a part and actually try to help encourage and champion the space, like many others are doing in the community...It's just a case of connecting dots and then encouraging and championing those messages amongst our Pasifika communities...

"When Pasifika are standing in front of Pasifika it resonates a lot more - a much stronger, deeper connection - not to say that non-Pasifika can't see that but I think just the way we are wired and our sense of community really resonates with our Pasifika people." 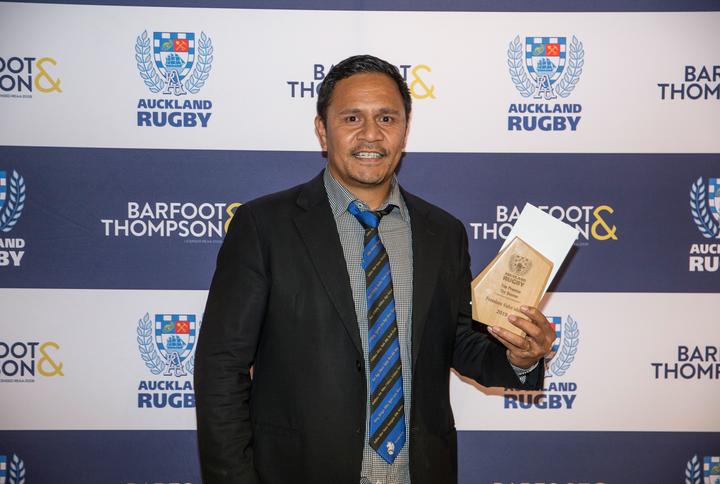 Lesley Ferkins says the Navigating Two Worlds project has helped instil a sense of belief and understanding for members of the Pacific Island rugby community, who now felt there was a legitimate place and pathway for them to rise through the ranks.

"I would say the number one outcome for me of that has been about creating confidence in those that are seeking to step into off-field roles or contributions, whether it be formal or informal. So, just allowing for a better understanding of what the system is and also that what they bring is appreciated and they should be stepping forward."

Meanwhile, Tracy Atiga says the challenges detailed in 'Navigating Two Worlds' is not unique to rugby. She believes the study should be taken up by Sport New Zealand so all codes throughout the country can better understand the different and diverse ethnicities involved in their communities.

"Whether it be table-tennis, whether it be basketball, netball, touch, those same exact barriers and enablers have surfaced in my career - and I could honestly say I'm sure Motu [Tony] would vouch for the same.

"So, it's interesting to see this particular piece, although derived from rugby, it is very transferable across all the other codes, especially the smaller codes. We're taking about little codes like ice hockey and water polo, where the governance and the size of the organisation doesn't match the followership [of Pacific Islanders] that they have."