An infant in Niue has been hospitalised with suspected measles, the government of Niue says. 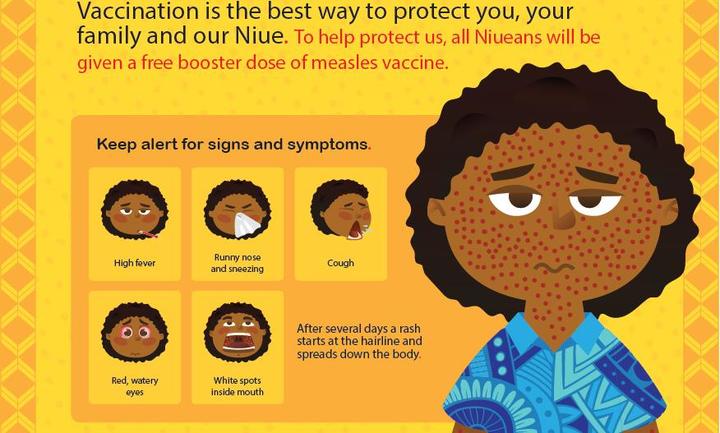 The baby is one of 15 in the New Zealand territory who has not yet been vaccinated due to being aged under 12 months.

The child was admitted to Niue Foou Hospital on Tuesday.

Parents with babies aged under one year and unimmunised pregnant mothers have been advised to avoid the hospital.

The Niue Health Department said, as of 13 December all children aged one to two years had been vaccinated while two to four year olds were at 96 percent.

Primary school aged children are at 85 percent and high school students are at 92 percent.

The World Health Organisation said countries needed around 95 percent coverage to prevent an outbreak from spreading.

People visiting Niue from overseas are being asked to ensure their measles vaccinations are up to date at least two weeks before travel.