Northern Marianas police are seeking help to solve last week's double murder at a restaurant on Saipan and are offering a reward for information on the case. 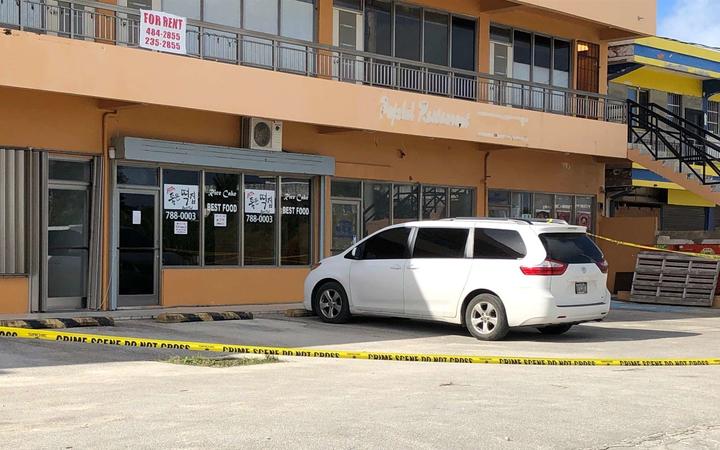 The two women were found lying in a pool of blood inside the Rice Cake Best Food Restaurant. Photo: Mark Rabago

The Crime Stoppers Programme is offering a $US1000 reward to anyone who can provide information leading to the arrest of the killer or killers of Li Na Lim and Linhua Cui.

The two women were reportedly shot and left in a pool of blood inside the Rice Cake Best Food Restaurant.

Robbery is thought to be the motive behind the killings, with police saying key items belonging to the two women are missing from the crime scene.