It's "really disappointing" to see outbreaks of measles in 2019 when there is an inexpensive, safe and efficacious vaccine available, UN children's agency UNICEF says.

In Samoa, 70 people have died and there are more than 4000 confirmed cases of the disease.

In Fiji, the number of confirmed cases is rising.

Mass vaccination campaigns have been underway in both countries. 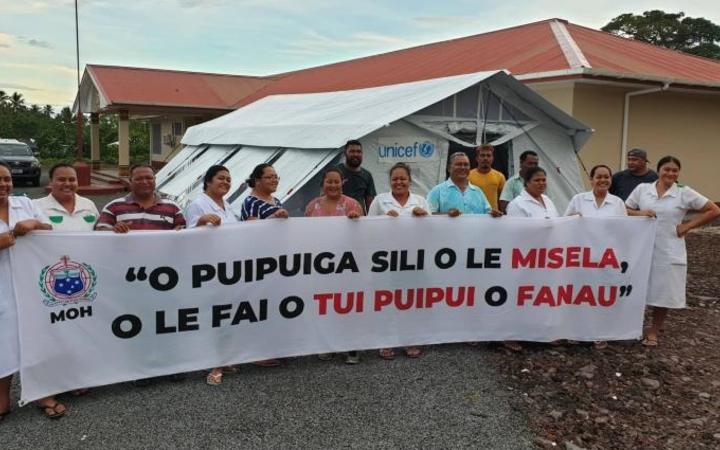 UNICEF has delivered tents, which will be used as vaccination sites or isolation wards for patients with measles in Samoa. Photo: UNICEF

UNICEF's chief of immunisation, Robin Nandy, said he was "deeply concerned and disappointed" by the situation in Samoa.

"We should not be seeing these sorts of outbreaks in 2019 when we've had a very inexpensive, safe and efficacious vaccine for several decades now.

"Unfortunately because we've not been able to ensure sustained high coverage with measles vaccines, we have immunity gaps within the population." 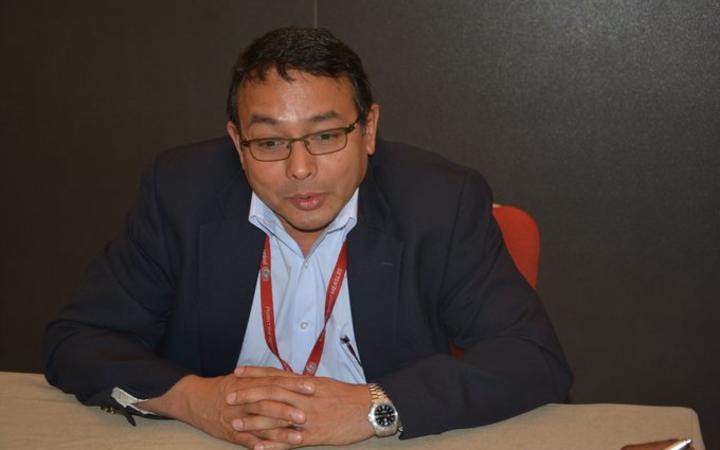 Dr Robin Nandy is the head of immunisation at UNICEF. Photo: Supplied

He said people had forgotten how deadly measles could be.

"And it is a reminder that unless we keep high population immunity levels, these diseases will come back. The deaths in Samoa amplify this point - that measles is a very dangerous disease. Come 2019, it is really disappointing to see measles outbreaks in countries like Samoa, like Fiji. "

UNICEF's representative for the Pacific, Sheldon Yett, said the main challenge for their staff working in Samoa was the increase in hospital admissions.

He said Samoa was a small country and with its limited resources, the measles outbreak was proving overwhelming.

"The situation is huge. The numbers keep changing and that makes it very difficult. Again it's a very emotional situation.

"We do have children who are unfortunately still getting very sick and still being admitted to hospital. Absolutely, this is a problem. We need to ensure all these children get the curative care and the support that they need."

WHO official Jose Hagan said the recent increase in demand for the vaccine in Fiji showed the government had been effective in making sure the population valued immunisation.

But on the other hand, Dr Hagan said, that meant the stocks were overwhelmed by demand from people who were not necessarily at risk of developing measles.

"It's a difficult position for the government to be in. To have people demanding the vaccine and to be unable to deliver it to anybody who wants it. When there's an outbreak, this leads to a huge surge in demand. And that's difficult to keep up with even in emergency situations. WHO and UNICEF are working fulltime and it takes time to mobilize vaccines."

Dr Nandy warned measles was highly infectious and said the recent outbreaks were due to "complacency".

"There's complacency on the service provider - the doctors and the nurses who provide vaccines. 'The job is done so we should maybe perhaps turn to other emerging priorities'.

"The community and the parents of the kids, there is also complacency because if you feel that a disease is no longer threatening to you or your children, they will not prioritise taking their kids for vaccines against diseases that they don't consider a threat anymore."

He said there was a need for a change in attitude.

"When you know how to prevent the disease and then you see these outbreaks and you see kids dying, it's a very hard pill to swallow. Very disappointing. The deaths come at a huge price to the families, to the parents of these kids, and to the country at large."

Dr Nandy said it was the responsibility of global agencies like UNICEF and WHO, health providers, communities, parents and governments to ensure high quality, high immunisation coverage.