Fiji have missed out on the Cup quarter-finals for the first time in the 21-year history of the Dubai Rugby Sevens men's tournament.

The Fijians had needed to beat France by 18 points in their final pool match but fell short, eventually winning 24-14. 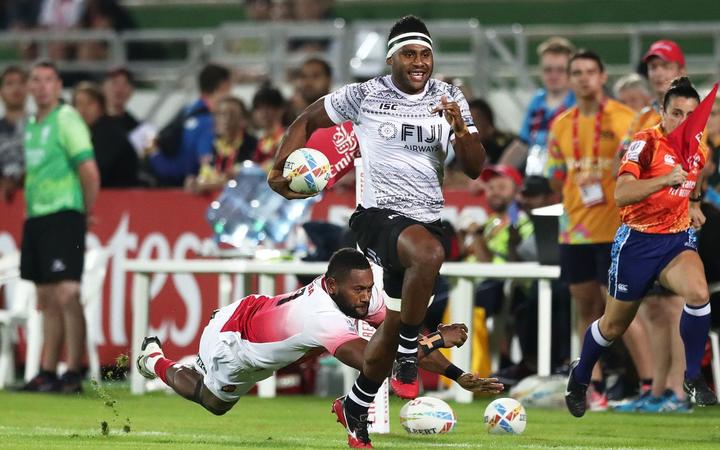 Fiji's Vilimoni Botitu races away against Japan, but his day ended badly with a yellow card and a loss Photo: Mike Lee for World Rugby

Earlier Fiji suffered a tight 24-21 loss to Argentina after Vilimoni Botitu received a yellow card opening the way for the South Americans to score late to secure the win.

Fiji will now face Canada in the 9th place play-off.

There is better news however for Samoa who will meet Australia in the Cup quarter-finals.

An emotional Samoa, who paid tribute to the victims of the deadly measles epidemic the country is going through, finished second in their pool to an impressive New Zealand.

In the women's draw the Fijiana will meet New Zealand in the quarterfinals despite dropping their opening match of the tournament to Australia.