Qualification for the 2021 Women's Rugby World Cup is on the line when Fiji and Samoa square off in Lautoka this afternoon.

The Fijiana got the better of their Pacific rivals eight days ago, coming from 7-0 down to beat the Manusina 26-7 in their round robin clash in the Oceania Women's Championship. 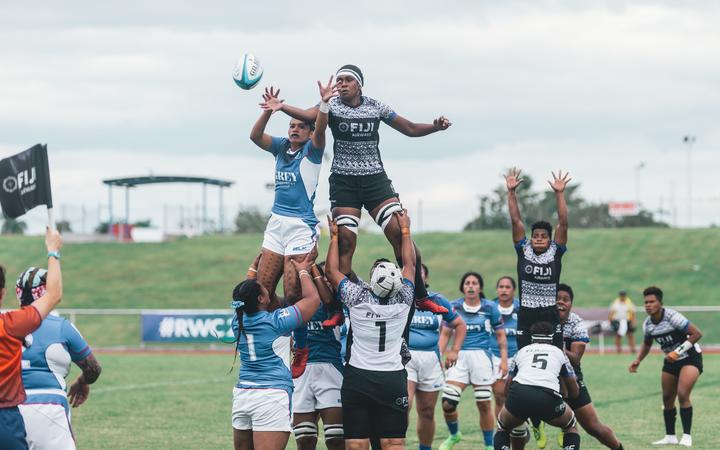 Fiji proved too strong for Samoa in their round robin clash at the Oceania Rugby Women's Championships. Photo: Oceania Rugby

The hosts will also be fresher of the two teams after their final match in the Oceania tournament was cancelled after Tonga was withdrawn from the tournament due to being quarantined for measles.

"It is the most important task for us to qualify for the Women's Rugby World Cup especially when the game in Fiji is starting to grow for the women's. For us, we have given our ultimate best for the preparation of this event."

Today's clash will be the fourth time the two rivals have met in the past year, with Fiji winning 43-12 last November while Samoa turned the tables with a 15-12 triumph in June.

Inoke Male said the team are not paying any attention to their most recent win over Samoa because what really matters is the final result on Saturday.

"We are trying to see some loopholes in our tape and so that's why we are not feeling confident. So Samoa will analyse our weaknesses so we'll try to work on that so the Fiji team are now trying to set a game plan," he added. 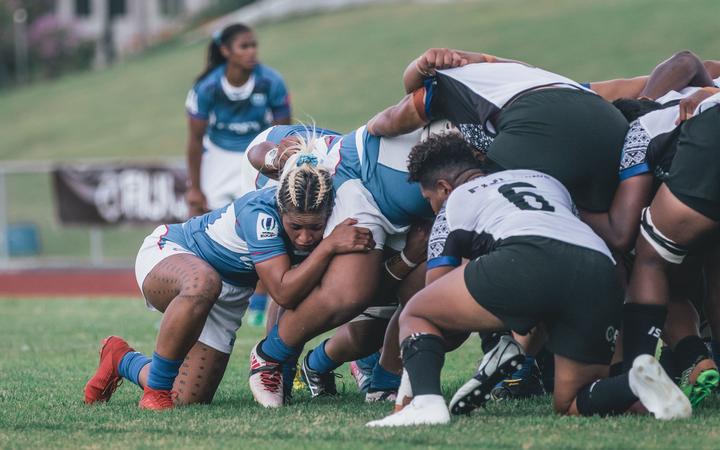 Samoa and Fiji will meet for the second time in eight days. Photo: Oceania Rugby

Samoa proved competitive in a 27-5 defeat by Australia A on Tuesday but coach Ramsey Tomokino said they will go into today's game with a disadvantage after the host nation had the luxury of eight days preparation.

"They'll be fresh - not quite a level playing field but it is what it is and we've just got to just regroup."

Tomokino said qualifying for the World Cup was always the mission.

However, the measles epidemic in Samoa has taken a huge toll on the team with some members being personally affected with the loss of loved ones, he said.

"This small group in the short amount of time I think there's been about six or seven deaths that have impacted directly into the team as well so we've just got to channel everything into doing the job and hopefully we can turn all that grief into positive motivation," the Manusina coach said.

"It's going to be a challenge but we're certainly going to get out and give it our best shot."

While the winner of today's match will be able to start their World Cup preparations, the loser will still have another opportunity to make it to New Zealand in 2021.

Tonga and Papua New Guinea will face off in the new year with the winner of that match to face the Oceania qualifying runners-up for a place in the final World Cup repechage tournament in June.

Papua New Guinea will also play one final match against a Fiji B team this afternoon before returning home.