Polling is winding down in the independence referendum in Papua New Guinea's autonomous region of Bougainville. 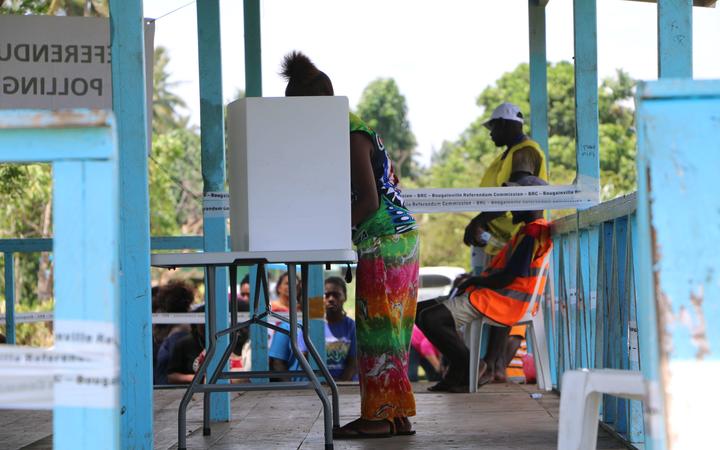 The Bougainville Referendum Commission says that as of the end of Friday polling was 99 percent complete.

Polling began last Saturday and is to run until the 7th of December, with the focus now turning to small, dispersed populations of Bougainville.

However, 820 of 829 polling locations have completed polling, including in other parts of PNG as well as in Solomon Islands and Australia, according to the Chief Referendum Officer Mauricio Claudio. 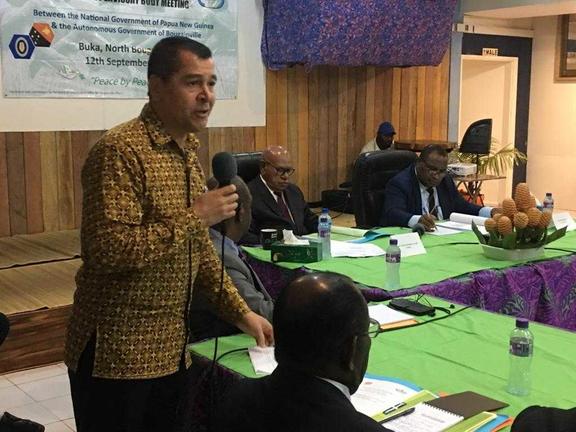 The Commission is delighted with how well the crucial first week's extensive and complex operations had proceeded, he said.

"With the exception of a few locations delayed by a day or two by bad weather, we've witnessed 250 polling teams do a great job and Bougainvilleans in their thousands coming out to cast their vote in a peaceful and festival environment.

"All are to be congratulated for the positive way people have engaged in this step of the Bougainville Peace process - whether it be in large urban centres, remote atolls or overseas," Mr Claudio said.

"For those who got themselves enrolled months ago, we've done our best to get to you."

Ballot materials will in coming days be returning from Australia, Solomon Islands and the provinces of PNG.

"We will be ensuring the same safety and security of polling teams and materials we've practiced to date as they make their way back to Buka," Mr Claudio added.

On Saturday and Monday, polling will be completed in Haku, Peit, Taonita, Nuguria (Atolls) and Terra.

The three regional centres in Buka, Arawa and Buin will remain open until polling officially closes at 6pm on 7 December, for any enrolled voters who have not yet cast their vote.

Upes come out to vote

As well as visiting bed-ridden hospital patients and those in the Buka Police lockup to ensure all elgibile voters cast their vote, the Bougainville Referendum Commission has provided special polling for 15 Upes in central Bougainville. 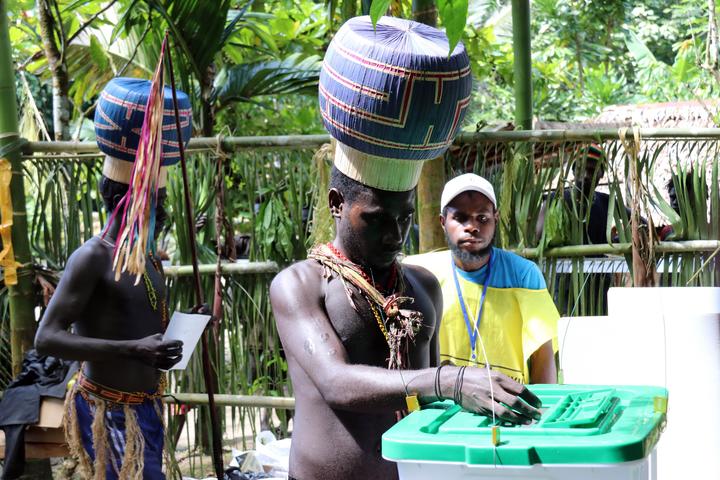 Upes are boys and young men undertaking their 'coming of age' initiations.

For long periods they remain in the bush away from the village learning cultural, medicinal, hunting and other rites of passage to become a man. During this time they wear an Upe - a tall, woven hat hiding their hair - and cannot be seen by women.

The Kunua (Teua) is one of three communities in Bougainville where the Upe traditional is still practiced. The commission said it was one hour's walk in from the West Coast of Bougainville island.

Returning Officer, John Sisiesi, who also cast his vote in kastom dress, said it was important to both respect and keep Bougainville customs alive.

"Upe is a long tradition in Bougainville and the Upe is at the centre of the Bougainville flag," Mr Sisiesi said.

"So I'm happy that on the completion of all other polling in this constituency, we have been able to make special men-only polling arrangements for these young men"

The young men's teacher, Sam Manu, passed on the appreciation of the 15 young men who were able to cast their vote whilst also maintaining their reclusive initiation ceremony.

"It means a lot to them to be able to take part in this historic referendum," Mr Manu said.

Meanwihle, the BRC regional team for north has provided polling at Buka hospital for 87 staff, patients, and their family and carers.

This morning, the same team visited the Buka Police Station lockup to allow 29 voters to cast their ballot. 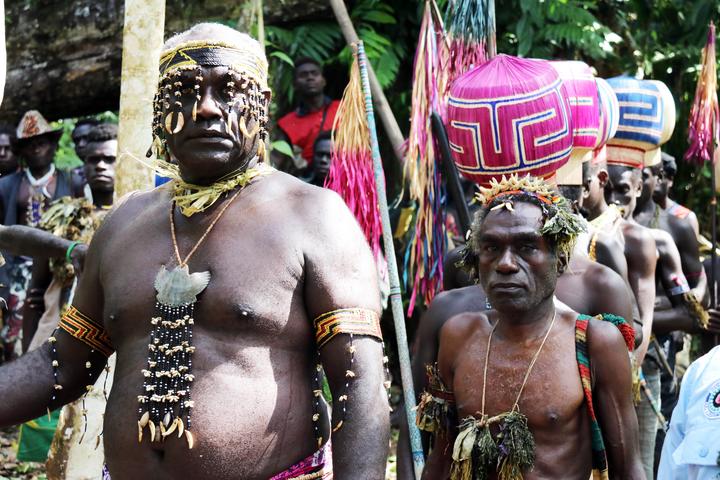