French Polynesia's Opposition has backed calls by the social security agency for France to bear the health care costs of those suffering from cancer caused by the nuclear weapons tests. 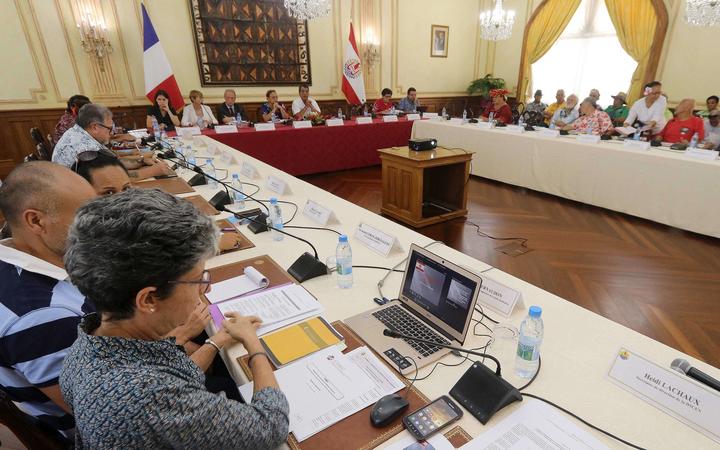 The demand for a reimbursement of $US770 million was repeated by the advisory body, the Economic, Social, Environmental and Cultural Council, last week.

That came just days before this week's visit to Tahiti by a delegation of the French Compensation Commission, which yesterday met politicians, nuclear test veterans groups and those making up French Polynesia's body looking at the aftermath of nuclear weapons tests.

The Opposition's Moetai Brotherson told local media that he strongly supported the compensation claim but added that the Commission only administered the revised compensation law which he said needed to be replaced and renamed.

Despite changes to the law, it continues to be widely criticised for failing to acknowledge the test victims.

The discussions also raised plans for a memorial site to be built in Papeete which French Polynesia is expected to fund after France ceded land for it for free.

Meanwhile, there has been a call in the European Parliament to support French Polynesians suffering from radiation-induced illnesses.

A member of France's National Rally Andre Rouge said the EU should side with France in finding suitable treatment for those severely hit by radiation.

France tested more than 40 atomic weapons in the atmosphere, with fallout spreading beyond the test site.

Mr Rouge, who deals with the party's overseas territories and sits in the European Parliament, said French Polynesians should not be treated as second-class French citizens.

He said bound by treaties, the EU should assist France in protecting French Polynesians.

Mr Rouge added that there had been additional contamination from the Fukushima disaster and the US weapons tests in the Marshall Islands.