Two-time runners-up at the prestigious event the Tiki Toa are hoping they can win it all for Oceania this year.

According to OFC media two key players in previous campaigns Naea Bennett and Teva Zaveroni are wearing different hats this time around, Bennett as head coach with Teva assisting him.

Key to the side's campaign on the sands of Asuncion is 2015 Golden Ball winner Heimanu Taiarui, who told OFC the team has been working hard to ensure they're in peak form.

"It's true that Italy wasn't at the last world cup, but they remain a strong opponent because they play their championship all year round," said Taiarui who is based in France.

The Tiki Toa kick off against Italy at 4:15pm today in Paraguay which is 8:15am this morning in New Zealand. 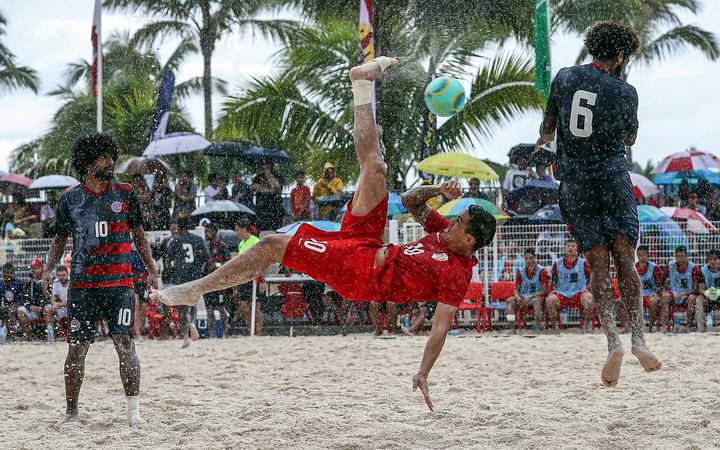