An aluminium boat laden with narcotics and signs of bullet holes has washed up on Ulawa in Solomon Islands. 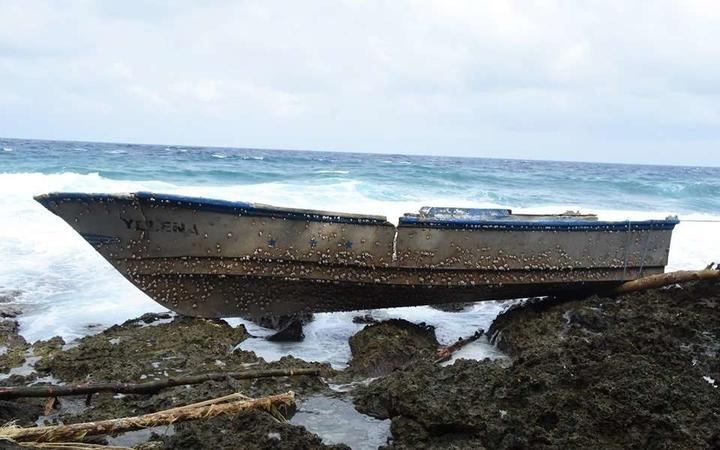 Boat with signs of bullet holes washed up on Ulawa island in Solomon Islands that contained cannabis, and what is believed to be cocaine. Photo: Twitter / Island Sun

The Island Sun reports villagers found the vessel last Thursday, containing packages of marijuana and a white powder which they believe to be cocaine.

A police patrol boat was sent to the island to collect the vessel and a police team from Honiara arrived by helicopter to investigate.

Locals say they believe the boat drifted ashore from the east and that it did not come from the Solomons.

No one was on the boat, which has twin 75 hp engines.