Solomon Islands have defended the OFC Futsal Nations Cup after edging out New Zealand in a penalty shoot-out to secure their spot at next year's World Cup in Lithuania. 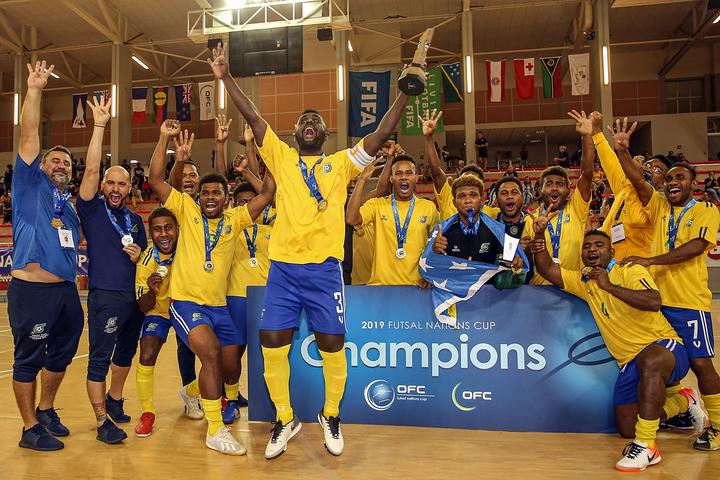 The Kurukuru fell behind to first minute strike from Futsal Whites captain Micky Malivuk in the title decider at Paita's Arena du Sud.

James Egeta equalised for the defending champions before New Zealand restored their lead against the run of play seven minutes later, with Malivuk smashing the ball into the top left corner. 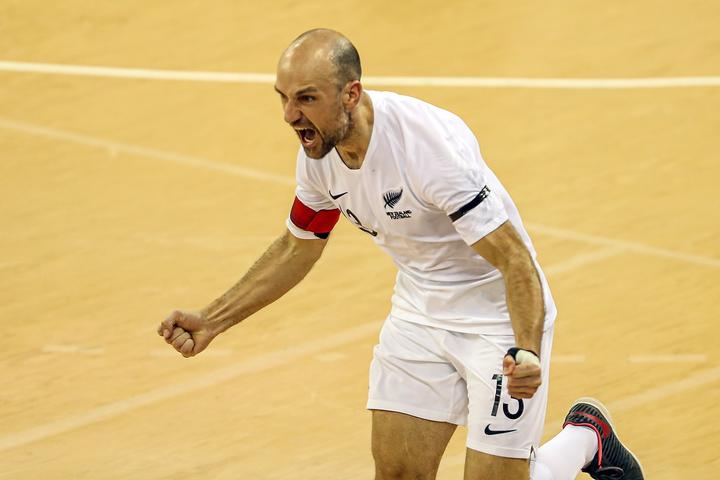 Alvin Hou restored parity with a low drive before Jordi Ditfort responded at the other end to keep the Futsal Whites noses in front.

Chasing another equalising goal, Solomon Islands coach Vinicius Laite opted to use the powerplay with a flying keeper but his plan backfired with Josh Margetts finding the empty net from inside his own half to give New Zealand a 4-2 buffer.

With less than two minutes remaining, Hou pulled a goal back for the Solomon Islands to set up a grandstand finish before Arnold Maeluma scored a dramatic equaliser with 20 seconds to play to send the match into extra time. 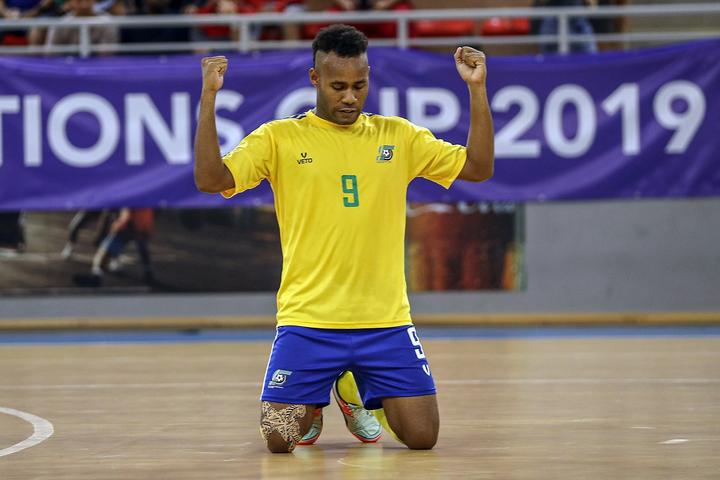 Following the restart, Jeffery Bule found the back of the net to give the Kurukuru the lead for the first time before Stephen Ashby-Peckham responded for the Futsal Whites with a composed finish at the other end.

Anthony Talo was forced into a good save in the second period of extra time, and with penalties beckoning New Zealand rolled the dice with a powerplay but to no avail.

With the match still locked at 5-5 it was Solomon Islands who kept their cool in the penalty shoot-out as captain Elliot Ragomo and Jeffery Bule converted from the spot, while Ashby-Peckham and Lucas Silva succumbed to the pressure. 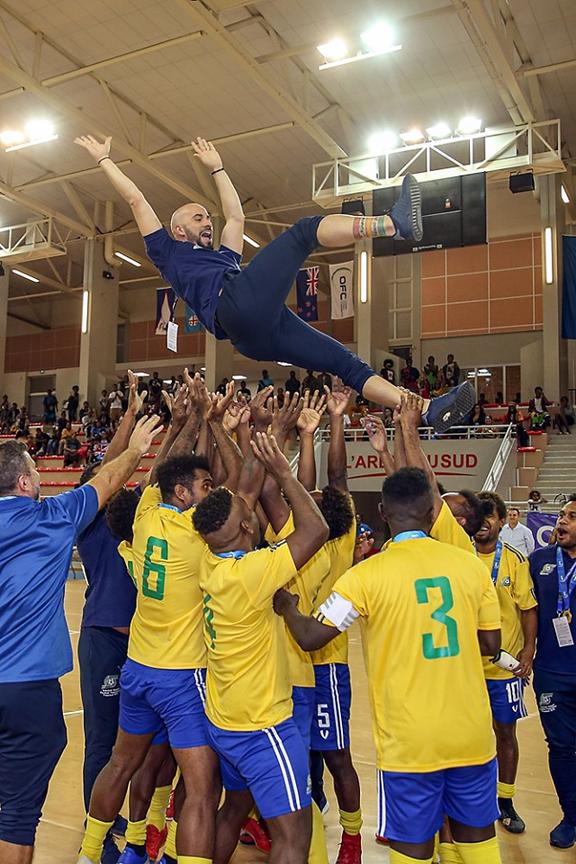 "At the moment I have no words to describe what I'm feeling," he said.

"I want to congratulate Marvin (Eakins) the New Zealand coach, what he is doing with his team is phenomenal. Everybody thought it was going to be an easy game and you saw how much of a battle that was.

"New Zealand will go to the next World Cup if he keeps doing what he is doing and FIFA should start looking at OFC and maybe send two teams for the World Cup from here because the level and quality displayed here today was amazing. I'm happy for my team and very sad for New Zealand."

Despite being devastated by the result, Futsal Whites coach Marvin Eakins was gracious in defeat and praised the progress of his players.

"It's been quite a journey the last couple of years, the guys put in so much hard work, put it out on the court couldn't ask any more from them in that game," he said.

"It was a great final, we will look back at it maybe we could have done this or that but at the end of the day sometimes it can be out of your hands and we did what we could, I'm glad that the Solomons are going, they are a great team and I know they will represent us well at the World Cup."

Meanwhile, Fiji edged Vanuatu 6-4 in the playoff for fifth place.