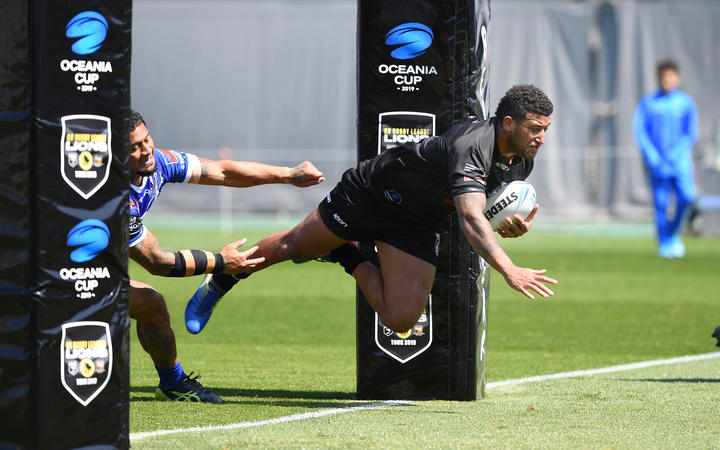 Viliame Kikau scores one of his two tries Photo: Photosport

There were signs of disaster from the first touch for Samoa, with a knock-on giving Fiji the advantage just 20 metres from their line.

Capitalising on the early opportunity and with a wrap-around pass from Kane Evans, hooker Joe Lovodua found the ball in his hands to storm under the posts and put first points on the board for the Bati.

The conversion was successful to give them an early 6-0 lead.

It wasn't long before they scored another, shuffling the ball to the left before some fancy footwork from D'rhys Miller saw him cross over. Brandon Wakeham added the extras to extend their lead 12-0.

Perfect with the boot, fullback Sitiveni Moceidreke got the two and the Bati were up 18-0.

The Fijians showed no sign of slowing down as they continued to blow Samoa away, ripping their defence to shreds before Bati's Joseph Ratuvakacereivalu stormed through for another four.

The conversion was successful and the Fijians were off to a flying start to lead 24-0.

Finally the Samoa side, which had been starved of possession, started to gain some momentum.

Powerful forward Martin Taupau pushed through the middle and 10 metres away from the try-line, he passed out the back before a shuffle of the ball fell into the hands of centre Timotea Lafai who opened scoring for Samoa.

He converted his own off the left boot to get up 24-6.

Fiji replied with one of their own with a devastating Viliame Kikau causing havoc, claiming a double as he swerved through three defenders to dive under the posts.

Brandon Wakeham added the extras to take a 30-6 lead at the break. 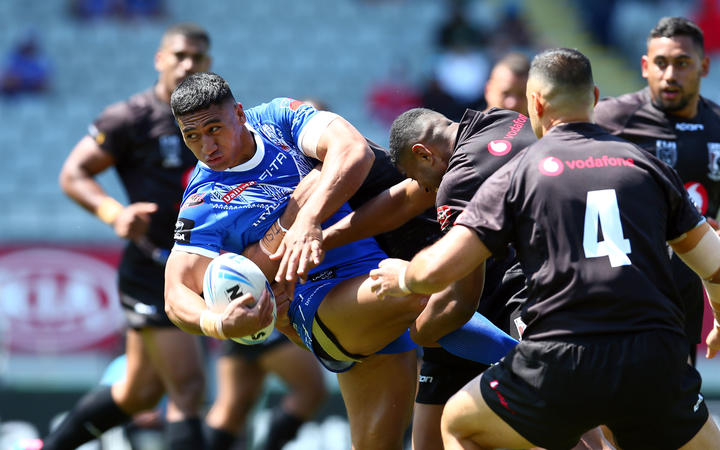 If Samoa had any chance of coming back, their defence needed to step up with more ball and field possession.

The Toa came out firing in the second half with winger Jorge Taufua scoring on the left edge, but the Bati replied only minutes later with a pass out the back coupled with some classy footwork by Brayden Wiliame to put Isaac Lumelume across.

The physical presence and offloading ability of Fiji created an entertaining style of football for the fans who came to watch, with two more tries taking the score 44-10.

Down by 34 and with only minutes left, Samoa finally got some quick ball, rolling forward with and finding Jorge Taufua in a gap out wide to add four more points.

It wasn't over for the Toa. With possession on the full-time hooter, Taufua made an offload before halfback Jarome Luai put a boot to ball to speed down and cross, producing the final score of 44-18.

The win against Samoa means Fiji's chances gain promotion into Pool A of the Oceania Cup next year have increased with one game to be played against Papua New Guinea next weekend in Christchurch. 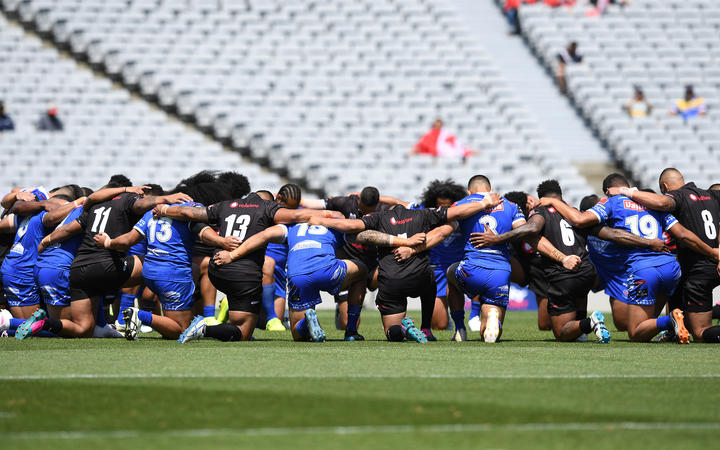