Solomon Islands take on Paraguay this morning at the FIFA U-17 Football World Cup in Brazil.

The Oceania runners up were thrashed 5-0 in their World Cup debut match by European runners up Italy on Monday in Brasilia.

The Solomon Islanders, who are representing Oceania alongside regional champions New Zealand, showed some brief moments of brilliance in attack on Monday and came close to scoring against the Italians on at least one occasion. 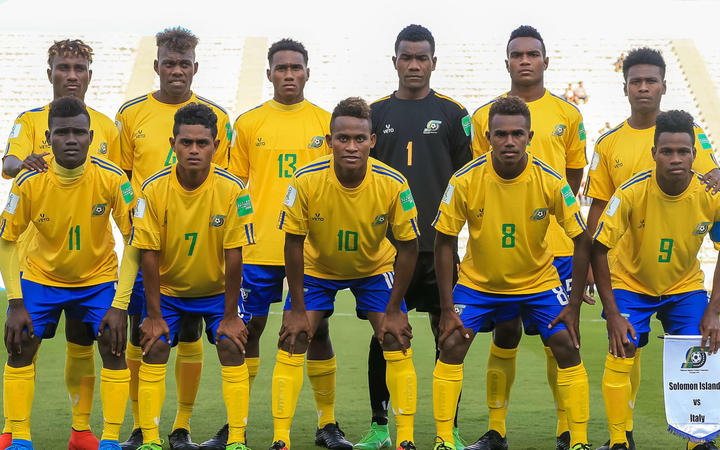 Solomon Islands U-17 Football team are making history for their country at their first ever FIFA World Cup final. 2019 Photo: FIFA via Getty Images

Meanwhile, New Zealand were beaten 3-0 by hosts Brazil on Wednesday.

Having lost their tournament opener 2-1 to Angola the Kiwis have to beat five times world champions Nigeria by a convincing margin on Saturday to keep their hopes of making it to the knockout rounds alive.