The Marshall Islands president Hilda Heine has met with her Taiwanese counterpart and witnessed the signing of a trade deal between the two countries. 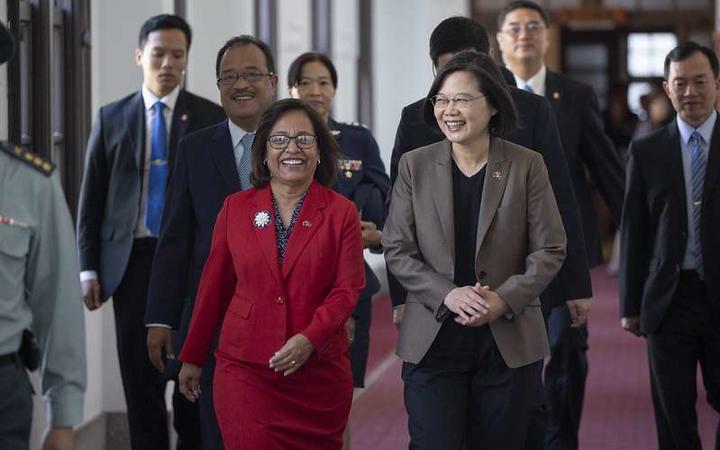 An economic cooperation agreement was signed on Friday in Tapei after meetings between Dr Heine and her Taiwan counterpart Tsai Ing-wen.

According to a release from Tsai's office, the agreement would boost trade and investment between the two countries, and "elevate the bilaterial partnership to greater heights".

We are proud to have a friend like #MarshallIslands @President_Heine who supports #Taiwan’s international participation & shares our passionate dedication to democratic values. The bilateral ECA we signed today testifies to our diverse cooperation & strong sense of solidarity. pic.twitter.com/viIzZ6IONT

A memorandum of understanding on tourism cooperation was also signed.

On Monday, the Marshall Islands and Taiwan also signed an agreement establishing sister-city relations between Jaluit Atoll and New Taipei City, according a statement from Dr Heine's office.