The day after Solomon Islands rocked the Pacific region this week by switching diplomatic allegiance from Taiwan to China, the Marshall Islands Nitijela (parliament) unanimously adopted a three-page resolution recognizing over 20 years of Marshall Islands-Taiwan ties. 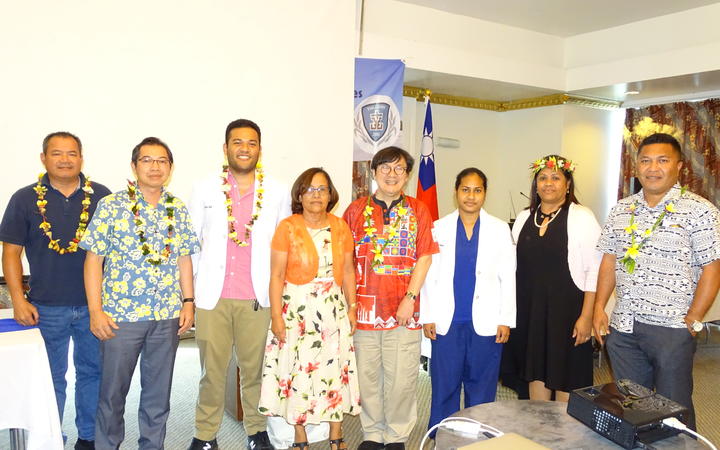 After debating a diplomatic switch for months, Solomon Islands on Monday became the first of the six Pacific island nations with ties to Taiwan to change relations to the People's Republic of China. This reduces the number of nations globally that recognize the Republic of China (Taiwan) to 16.

Since 2016, China has ramped up a campaign to isolate Taiwan internationally, with six countries during the past three years switching ties to China and agreeing to abide by the China's 'one China' policy. The Solomons had been a diplomatic partner with Taiwan for 36 years.

The Marshall Islands along with Palau, Nauru, Tuvalu and Kiribati continue to recognize Taiwan diplomatically.

The resolution stated the Marshall's "profound appreciation for the consistently staunch support of the People and Government of Republic of China (Taiwan) as a true friend and ally to the Republic of the Marshall Islands".

It noted Taiwan's "unwavering commitment to promoting freedom, democracy and human rights" and its impressive range of assistance - financial, technical, training and scholarships - aimed at developing the Marshall Islands.

The resolution also said the Marshall Islands urged the United Nations to take "immediate action to resolve the inappropriate exclusion of Taiwan's 23 million people from the UN system, cancel the UN's discriminatory policy against Taiwanese passports holders and journalists, and ensure that Taiwan has the right to participate in an equal and dignified manner in meetings, mechanisms, and activities related to the implementation of the UN Sustainable Development Goals".

Taiwan's efforts for "substantive participation" in various international organizations, including the International Civil Aviation Organization and Interpol, the international police agency, were supported by the resolution.

Over recent weeks, while debate about Taiwan ties has been simmering in Solomon Islands, Taiwan ramped up its people-to-people engagements with the Marshall Islands.

In addition to the recent addition of a dozen university scholarships for Marshall Islands students, who join over two dozen ongoing scholarship university students in Taiwan, visits by Taiwanese officials have increased.

A trade delegation of business representatives from Taiwan visited last month. This month an aboriginal Taiwanese dance group is expected to perform in Majuro. In addition, the Taiwan Embassy has scheduled follow up development-related visits to the Marshall Islands by agricultural and other experts in the coming weeks.