The troubled mine which has changed ownership multiple times over the years has been closed since 2015 when its last owner Australian miner St Barbara was forced to shut it down after severe flash flooding.

It is now being redeveloped by the Chinese miner Wanguo International working in partnership with Chinese owned Australian developer AXF Group and local landowners in Central Guadalcanal.

Speaking to RNZ Pacific earlier in the week Gold Ridge spokesperson Allen Wang said full details of a new contract for the reconstruction of the mine by the China Railway International Group was to be announced during today's ground-breaking ceremony.

Mr Wang said he believed China Railway had the mining experience, construction expertise and Pacific experience to make a great contribution to the development of a world class mine in Solomon Islands. 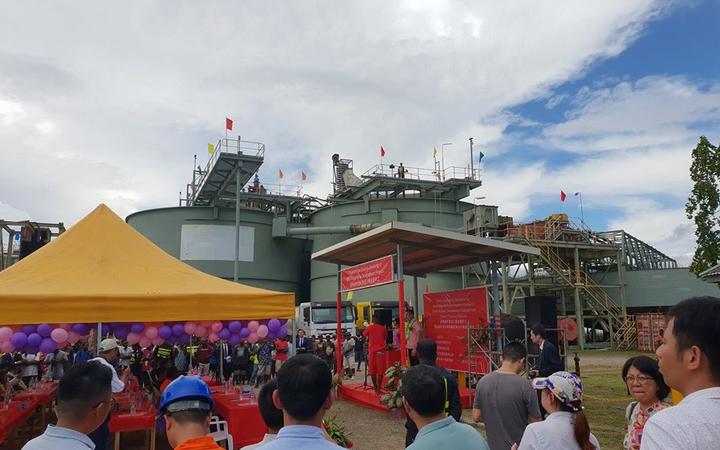 Guests at the ground breaking for the Gold Ridge Mine in Solomon Islands. Saturday 26 October 2019 Photo: Benjamin Afuga