The Papua New Guinea cricket team have kept their hopes of automatically qualifying for next year's T20 World Cup by beating Singapore by 43 runs. 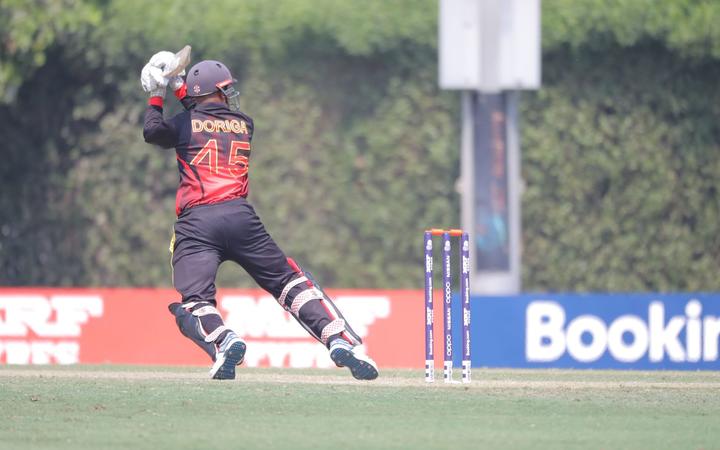 The result means PNG are one victory away from qualifying for the world tournament in Australia.

Last night's win at the Dubai qualifers came off the back of a 71 run fifth wicket partnership between Charles Amini, who scored 41, and wicketkeeper Kiplin Doriga, who knocked up 43 runs off 27 balls.

The partnership allowed the Barramundis to recover from the loss of two quick wickets on their way to scoring a ominous total of 180.

Singapore fell well short, losing nine wickets on their way to 137 with Damien Ravu doing the most damage with the ball, bagging 4 wickets on his way to a man of the match performance.

"Another really good performance from the boys," he said.

"We lost our way a little bit in the middle with the batting but fought our way to 180, which is a really good total on the wicket which was slowing up a bit, so we're happy, happy to get 180."

PNG have one more match against Kenya which they need to win to have a chance of finishing top of Group A and automatic qualification for Australia.