A South Auckland man with Tongan heritage has become the first Pacific Islander to be named the Royal New Zealand Navy Sailor of the Year. 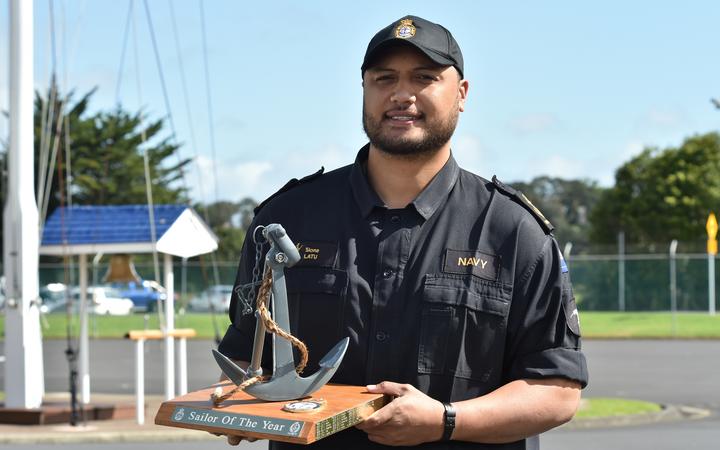 Acting Leading Seaman combat specialist Filipe Sione Malakai Latu, from Mangere, said the announcement left him in shock: "It just blew my mind. Everyone was clapping. My palms were sweating. My brother said, 'I've never seen you go so pale'."

His older brother, Mark Latu, was earlier this year named the first Tongan Warrant Officer in the New Zealand Navy.

Another brother has served in the New Zealand Army.

Mr Latu, who joined the Navy in 2008, was described in his citation as an "exemplary sailor and natural leader," who exercises influence in the background.

As Sailor of the Year, he will represent the Navy in events around New Zealand and overseas.

Congratulations to A/LSCS Sione Latu who was selected as the 2019 Sailor of the Year. His leadership, integrity & self-confidence is demonstrated in his courage to do what he believes is right & accepting responsibility for what needs to be done, regardless of the size the task. pic.twitter.com/PBrLwVsfz4