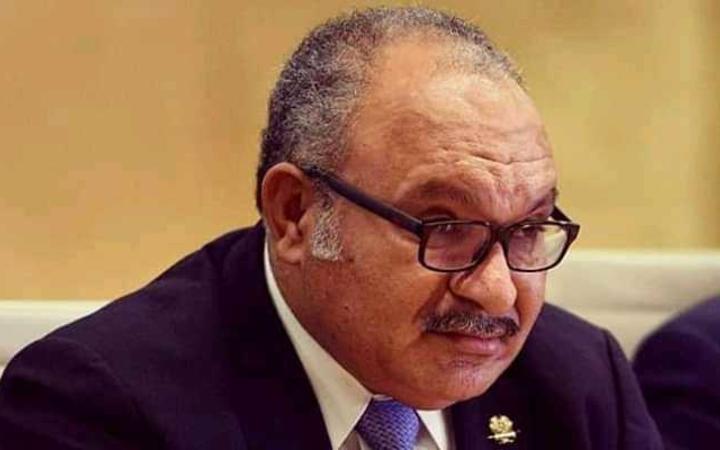 The country's treasurer, Ian Ling-Stuckey, released the new budget on Friday with $US400 million worth of cuts.

He pointed blame at the former O'Neill government for a $US1.4 billion deficit in the government books.

He said under under his government, those programmes increased the number of PNG children attending schools from $900,000 to over $2 million.

Mr O'Neill said more kids would now miss out due to the cuts.

"If you have further cuts in education and TFF and DSIP that will happen, because most of our DSIP goes to education, health, infrastructure, law and order.

"And I'm glad that the new government is saying that we'll build more infrastructure in the rural areas. [But] how are you going to build infrastructure when you're cutting DSIP?"

This eas echoed by the opposition's finance spokesman, Joseph Lelang, who said the cuts to basic services would hurt PNG's rural majority.

"With due respect to the prime minister, cutting of DSIP and PSIP is political suicide," he said.

"What could be more important, Mr Speaker, that we have to cut funding that are earmarked for rural development where a majority of our population live? This and funding for vital service should have been protected at all times."

Mr Lelang told parliament that blowouts in the recurrent budget over many years should have been more of a target for fiscal measures.

The Treasurer admitted the cuts would incur some pain in the short term, but described them as essential to "take back PNG's economy" from bad debt and cost over-runs.

"The NEC (national executive council) avoided cuts to the health and education sectors as much as possible, with only 13 percent of cuts in these sectors," Mr Ling-Stuckey said.

Mr Ling-Stuckey added that 87 million US dollars in public works arrears would be deferred until next year to allow Treasury officials to establish a proper vetting process with the Department of Works "to ensure only genuine and valid invoices are paid".

"But other forms of deferred expenditure are picked up, such as delayed payments for infrastructure in Bougainville and increased disaster relief funding," he said.