A fire at a transformer in French Polynesia cut electricity to much of Tahiti for several hours. 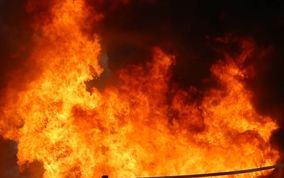 Several dozen firefighters managed to extinguish the fire, the source of which is yet to be determined.

The back-up systems bridged the partial blackout at key installations, such as the hospital and the airport.

Police were deployed in the streets because traffic lights stopped working.

The mobile phone network was also hit by the power cut.

The authorities have called on the public to reduce power consumption as much as possible as the network is being restored.