Suspended Fiji Opposition MP Pio Tikoduadua is calling on Fijians abroad to encourage their families back home to continue to fight for the rule of law. 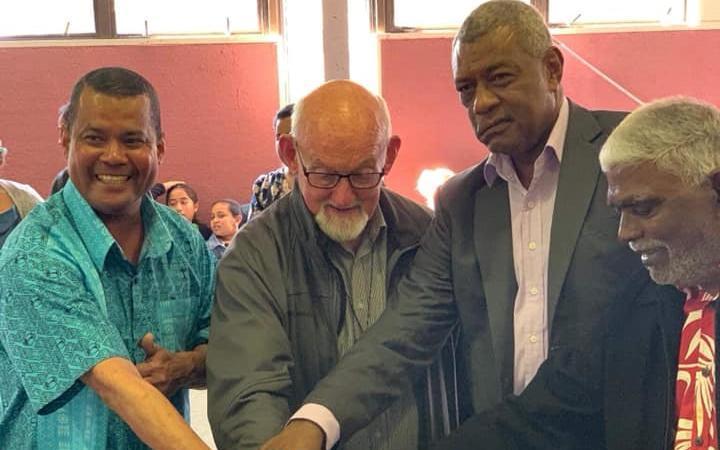 The National Federation Party president was suspended without salary for six months on 6 September.

Mr Tikoduadua was a guest at this week's Fiji Day celebrations in Auckland. He said Fijians were fortunate to live in New Zealand - a country with its democratic freedoms and values.

Fiji was currently experiencing very difficult times and he urged those at the event to pray and remember their homeland.

"I asked them to keep their friends and relatives in Fiji informed about what is a free media because in Fiji we tend to get only one side of the story. I did speak particularly for the rule of law because I felt that I was being victimised and I felt unequal before the law.

"I asked them, please tell your relatives and friends in Fiji to be conscious of this, to be aware that they have rights, and they need to know about what's happening in Fiji."

Mr Tikoduadua said he also met with Fijians in Sydney before arriving in Auckland.

He said Fijians living in New Zealand had equal rights and were equally valued.

"As much as anyone that works for the government is equally valued as the right of the prime minister in New Zealand so they should cherish that," he said.

"But this is something that is not in Fiji and I am a victim of that and I can testify to that. I didn't speak about what had happened to me but particularly for the rule of law."

Two weeks ago, Fiji police were directed by the Office of the Director of Public Prosecutions to further investigate allegations of assault against Prime Minister Frank Bainimarama.

Mr Bainimarama was accused of assaulting Mr Tikoduadua outside Parliament on 9 August.

Mr Tikoduadua was suspended because he refused to apologise to Mr Bainimarama for making a personal attack on the prime minister in the House.