The Flying Fijians are blocking out all outside noise and insist their sole focus is on ending their World Cup pool play with a strong performance against Wales.

Victory would ensure automatic qualification for the next World Cup and also keep alive their faint hopes of advancing to the quarter finals. 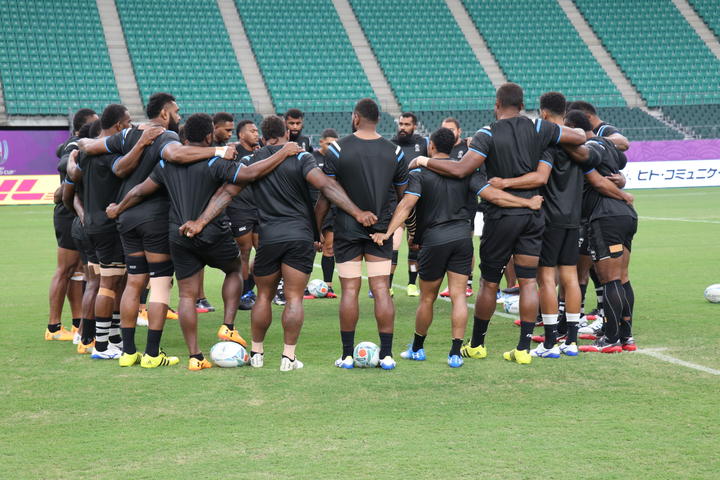 Fiji huddle together during their captain's run in Oita. Photo: Supplied/Fiji Rugby

But coach John McKee said they're not looking beyond the 80 minutes on the field at Oita Stadium.

"The players are very much focused on their performance in the game because, as players and as a team, what we can control is how we perform," McKee said. 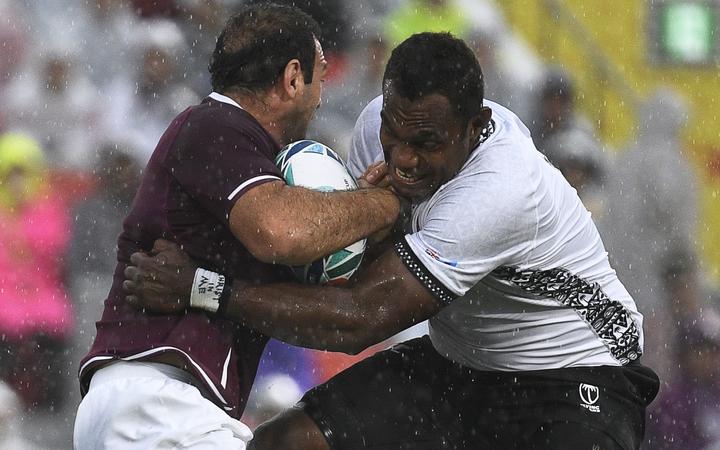 Fiji secured their first win of the tournament against Georgia. Photo: AFP or licensors

Fiji's only test victory against Wales was at the 2007 World Cup and tonight's clash in Oita will be the fourth time in a row the teams have met in pool play.

John McKee said a Fijian win would stop the nation in its tracks but they will have to be disciplined and ruthless in the game to give themselves a chance.

"For us, a lot of patience in our play. We know what a good defensive side Wales are and we're going to have to work really hard to build the pressure to create any opportunities for us to score tries," said McKee. 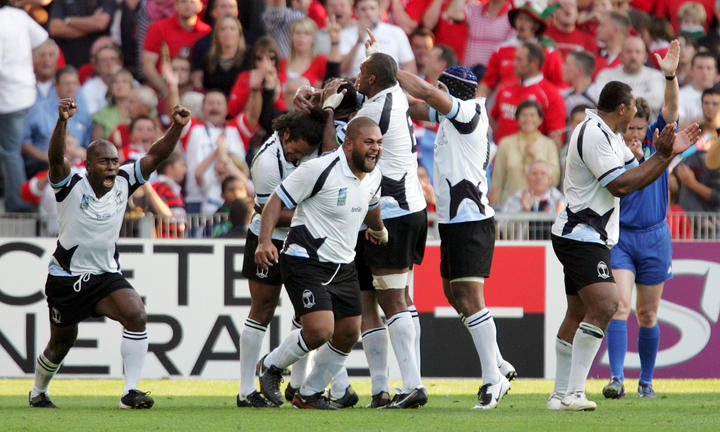 Fiji's only test win over Wales was at the 2007 Rugby World Cup. Photo: PHOTOSPORT

Meanwhile Fiji's Prime Minister Frank Bainimarama has sent a video message of encouragement to the team.

Mr Bainimarama, who is also President of the Fiji Rugby Union, said the whole nation was still behind the team and he said he believed they could cause a major upset.

"Believe in each other as your nation believes in each of you. Now many in the media may compare this game against Wales to that of the fight between David and Goliath...the world may see you all as David's. They may see the teams from larger countries with greater resources as Goliath's," Bainimarama said.

"But read that story again and again and you will find the real lesson of that story is giants are never as powerful as they appear - one good toss can drop them in their tracks. David was never the underdog and neither is this team." 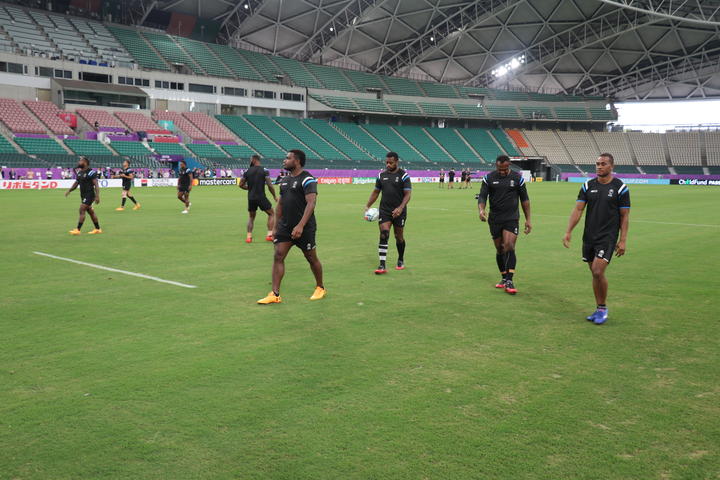 A win over Wales would qualify Fiji for the 2023 Rugby World Cup. Photo: Supplied/Fiji Rugby

Meanwhile Wales are bracing themselves for a physical encounter.

Forwards coach Robin McBryde said the team is feeling refreshed after a 10 day break but expect to be tested by the Fijians at scrum and lineout.

"They had the stronger set-piece in the last World Cup as well. They're big men so we're aware of that threat so we've got to make sure that collectively we work well, get really tight and stand up to them and match them," McBryde said.

"We're not taking anything too lightly so that's an area we've been focusing on after the first two games as well, just to tighten things up a little bit, so really looking forward to the contest."

Wales celebrate a try in the win over Australia. Photo: AFP or licensors

Wales can confirm their place in the knockout rounds with a win on Wednesday.

But number eight Ross Moriarty, who is one of two changes to the starting fifteen, says they're expecting no favours from the Flying Fijians.

"It definitely won't be easy but we've watched obviously their games over the past few weeks and we've done our analysis. We know what we have to do in defence to close them down and we know what we're looking at in attack to get points on the board," Ross Moriarty said.

"We know they've got some great individuals and so do we so we're just going to put everything out there and make sure that we do the job." 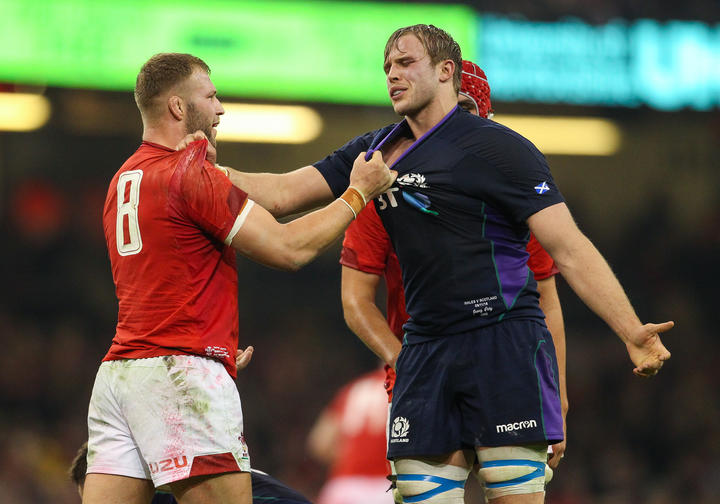