Samoa have again hit out at the inconsistent performance of referees at the Rugby World Cup, after being left exasperated with some of the decisions in their 38-19 defeat by Japan in Toyota.

Scores were tied at 6-all when Samoan flanker TJ Ioane was yellow carded for a late no-arms tackle on Kotaro Matsushima in the 25th minute. 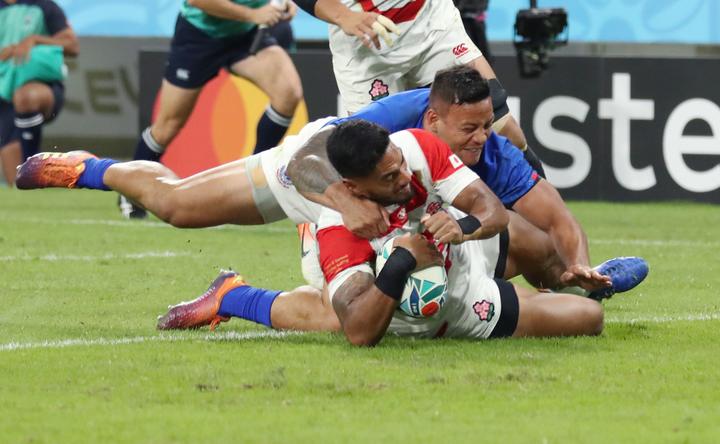 Coach Steve Jackson, who was caught on the big screen shaking his head at the decision, bemoaned the fact the Manu received their fifth yellow card of the tournament while Japanese lock James Moore was only penalised for making contact with the head of Tim Nanai Williams, who failed a head injury assessment and did not play in the second half.

"I think things need to go both ways sometimes," he said. "We were on the end of another call when you're hit in the chest and I don't know what you can do anymore in this game, to be honest.

"You tackle them low and you get no arms for going around the legs. You tackle a little bit higher and guys are dropping in the tackle these days so at the moment we don't know where we stand." 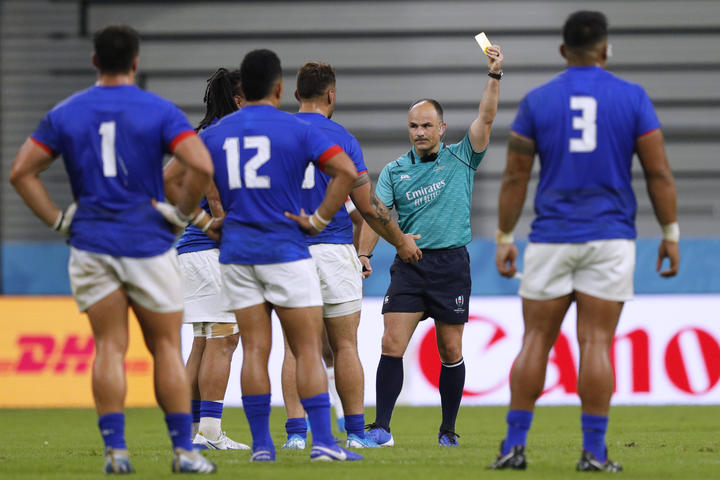 A clearly frustrated Jackson said he was "gutted" for the Samoan players who "didn't deserve" some of the decisions they received.

"Are the officials afraid to referee the game the way they see it? I think everybody here has seen it and seen the last few games - you can play a game of poker with the amount of cards going around at the moment." 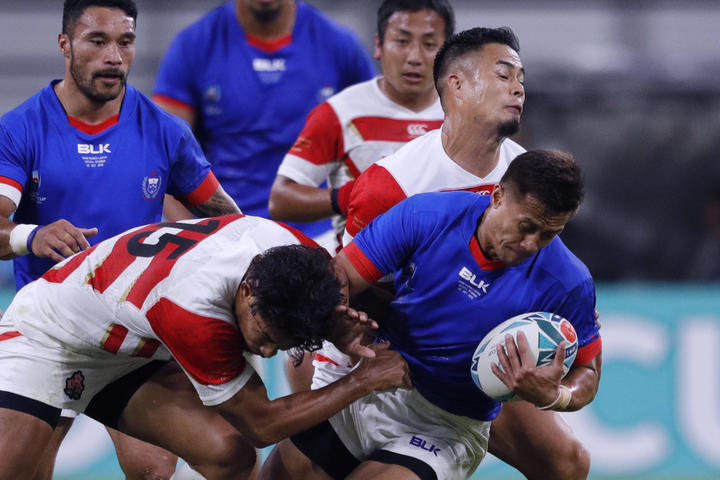 Tim Nanai-Williams was concussed after being hit in the head. Photo: AFP

Defeat against Japan ended Samoa's hopes of reaching the quarter finals for the first time since 1995.

Jackson fears the wait could go on much longer unless their is a major rethinking of the current eligibility laws.

"There's got to be some sort of rule change in eligibility and things like that," he argued.

"It gets more difficult as things go on and I've voiced my opinion around that a few times but..there's a whole bunch of things we need to look at in the future. 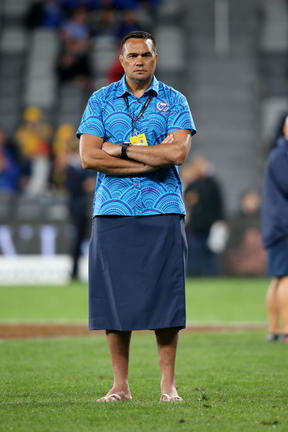 "And the development of the game back on our own soil we need to put some huge effort into that and I suppose we just want to have the opportunity to be able to have players if they want to play for Samoa to be available."

Despite his frustration at the officials, Jackson was quick to praise the performance of the Japanese team and the vocal crowd of almost 40,000.

"We knew that the crowd would be in behind their home team and there would be a lot of passion there," he said.

"One thing we spoke about was trying to silence the crowd - just through the way that we worked - and I thought in parts and particularly towards the back-end of the first half we did that but you've got to give credit where credit's due, the Japan team was good tonight."

Japan made 23 more tackles than Samoa but skipper Jack Lam admitted it was like running into a red and white wall.

"Their whole game was well balanced," he said.

"At times we did feel like we were playing against more than 15 people but we did well to turn around after getting a good hiding from Scotland but I'm proud of our boys and all the best to Japan for the rest of the games." 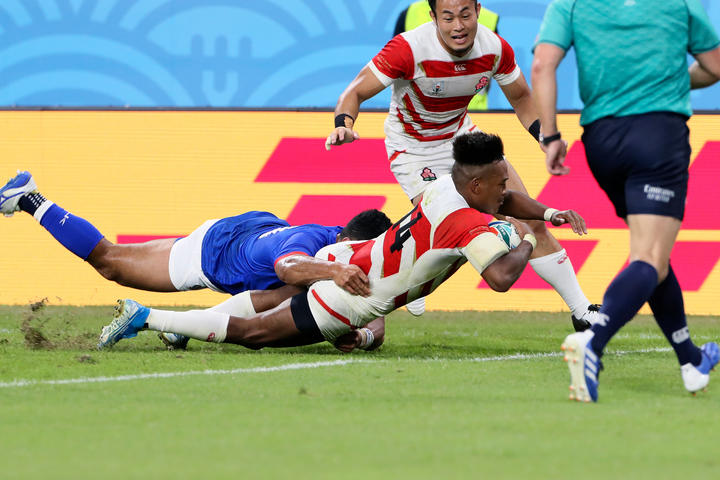 The win puts the Brave Blossoms back on top of Pool A knowing that a win over Scotland next weekend will guarantee a first ever trip to the quarter finals.

Coach Jamie Joseph said the team now has an "awesome opportunity" to do something that's never been done before.

"And that's exciting. A week ago no one thought we could win a game against Ireland and now everyone thinks we can win every game - so that's how silly it is in one week," joked the former Highlanders and Sunwolves mentor.

"But our players understand what's going on and we understand how difficult next week's going to be but we can't play our best rugby if we're thinking like that, so we will be going out there without the fear of losing and just play our game." 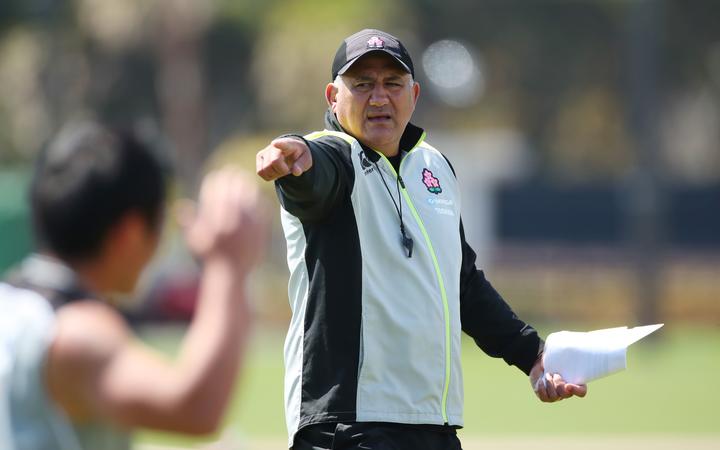 The knockout rounds may be beyond reach but there is still plenty for the Manu to play for in their final pool match against Ireland on Saturday, with the top three placed teams in each group earning automatic qualification to Rugby World Cup 2023.