A Tuvaluan artist in New Zealand says parents play one of the biggest roles in keeping the language and culture alive. 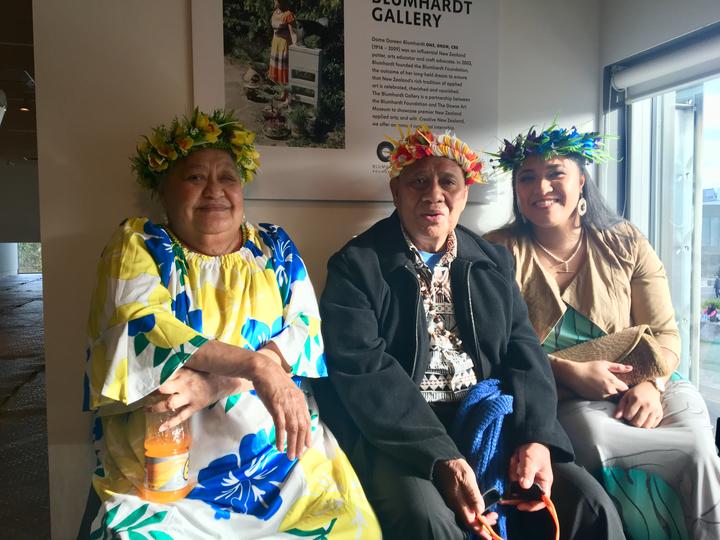 It's her interpretation of the traditional practice of weaving star motifs but using different materials that cannot be sourced from Tuvalu.

Tuvaluans across New Zealand are celebrating their culture and language this week with Vaiaso O Te Gana - Tuvalu Language Week.

Language and culture could survive by adapting and using the resources available, she said, but it was up to parents to give children the best start.

Her words have been translated by granddaughter, Patricia Filipi.

"Parents - they are, as children - your first teachers so [Keakea] believes that it starts within our homes...and she thinks that's one of the strongest ways of being able to teach our children the language and keep the language going. Not only the language but culture as well. So, in our homes, by our parents."

Meanwhile, Tuvaluans across the world marked 41 years of independence this week, which coincides with New Zealand's celebration.

But she said Tuvalu's spirit of resilience and resistance had helped the islanders cope.

"It's quite amazing to see how Tuvaluans are doing really well in business, academics, sports, art and the navy. Really good to celebrate that with our young people.

"This week has been about celebrating and profiling successful Tuvaluans out there in the community who are contributing to the economy of New Zealand...They're doing very, very well so I'm so proud."