A young climate warrior from Tuvalu is urging her people to use this week's celebration of their language and culture in New Zealand to educate their children about the climate crisis threatening their island home. 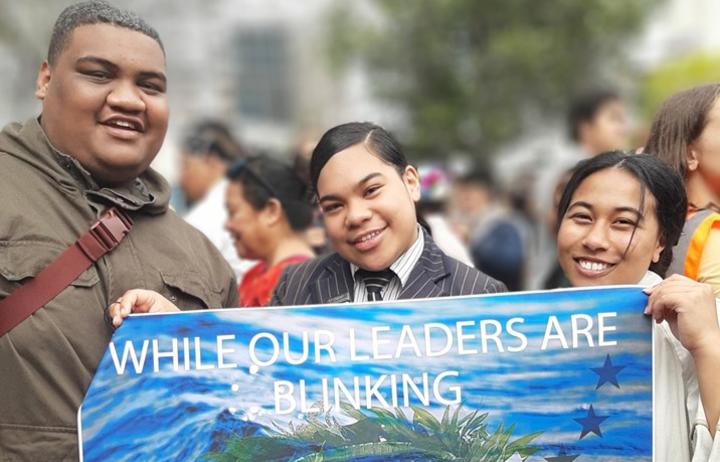 The theme is Lakei Mo Te Manuia Ataeao: Striving for a Prosperous Future, which Ms Pita said was fitting.

The year 12 student said Tuvaluans must teach their young people "that the rising sea level has changed their livelihoods and will continue to cause the displacement of their people".

"By reaching out to Tuvaluans my age and educating them about the climate crisis... they'll value our culture and our language more," Ms Pita said.

"(Tell) them to get involved in Tuvaluan functions, activities within our communities. That is a really important thing to do."

Tuvalu is situated midway between Hawaii and Australia.

Ms Pita said the Tuvaluan language was similar to Samoan.

"But the Te Gana Tuvalu is unique and its preservation and continual use is crucial to keeping the Tuvaluan culture alive and relevant today," she said.

Ms Pita said her family hailed from Nanumea atoll and were proud to speak their language.

"It gives me a sense of identity and belonging," she said.

"Our language is what ties us back to our homeland, our history and most importantly our culture.

"Through our language, we are able to communicate our Tuvaluan values and customs which we hold daily."

The Auckland-based climate advocate said activities had been planned across the New Zealand.

These include a gathering at the Oamaru Library in the South Island, where Tuvaluans will come together to learn to read their language.

They will also learn to weave and create a lei or flower garland and to prepare traditional foods.

"Our language also keeps us in solidarity with one another where we express our culture and traditions," she said.

"Speaking our native language, we are in a way preserving and keeping our culture alive within ourselves, especially as our island is facing a climate crisis.

"But I believe that our culture and language will persevere through these challenges.

"It reminds us of who we are and how far we've come as a small island."

"Many young Tuvaluans here in Auckland haven't been to our island. And it's such a shame that the climate crisis is holding us back from returning to our island in the future.

"But through our language and culture, we're able to in a way still be connected to Tuvalu even though we're here in New Zealand. It's what ties us back to Tuvalu."

Ms Pita said the week-long celebration would end on Saturday in Auckland with a Tutokotafi, when Tuvaluans from the country's eight islands would gather for a Fatele of singing and dancing.