Copra production is set to reach record levels in the Marshall Islands which the government says is because it has boosted the price for the commodity. 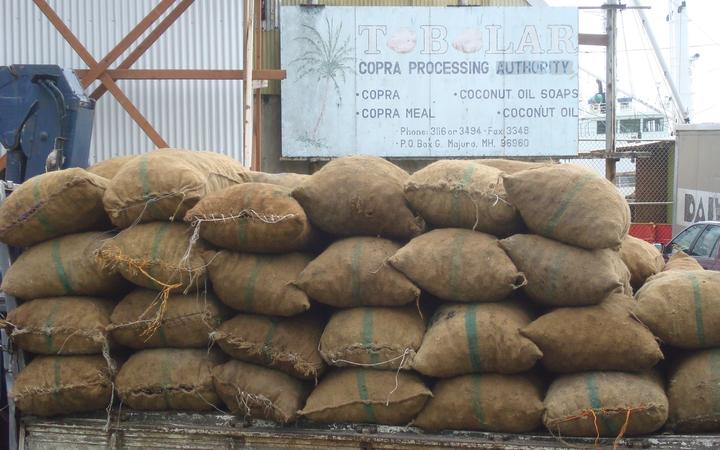 President Hilda Heine said a total of 6602 tons of copra had been delivered to the Tobolar Copra Processing Authority in Majuro from October last year until the end of July 31 this year - with a new record expected once the figures for August and September were included.

The RMI Government would continue to support producers with almost $US6 million allocated in the 2020 national budget, which aims to keep the high price of copra at 50 cents a pound, she said.

"Increasing the price paid by my administration for copra from 30 cents a pound to 50 cents - a rise of 66 per cent - is just one example of how our actions are benefiting all Marshallese," Dr Heine said