Vanuatu and Fiji have secured their spots in the semi-finals of the OFC Men's Football Olympic Qualifiers in Lautoka, after wins over Tonga and Papua New Guinea respectively.

Vanuatu thumped Tonga 8-0 and the hosts Fiji scored two second half goals to push past PNG 3-1. 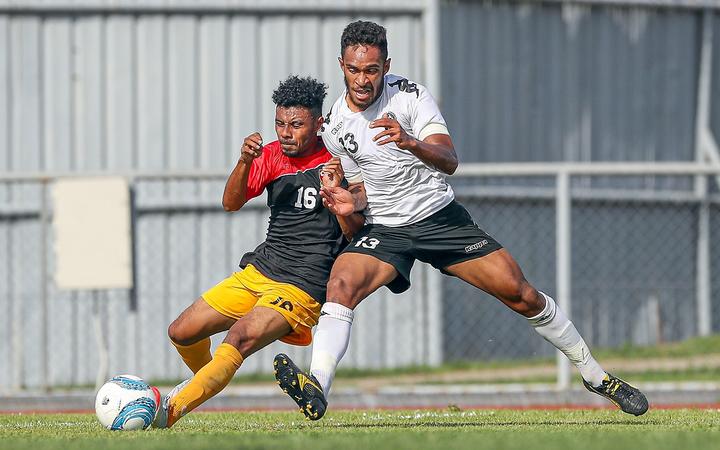 Marika Rodu's side was defending their title after qualifying for their first Olympics four years ago after hot favourites New Zealand were disqualified for fielding an ineligible player.

On Sunday the Fijians had beaten Tonga 4-1 but Rodu told OFC TV, PNG provided a different level of challenge.

"We took a good step forward in terms of our first game. In the second game Papua New Guinea had to come strong so we anticipated that. I think that pressure came on to us, instead of enjoying the game."

Rodu said their main goal was making the semi-finals and then reassessing from there.

"That's why the pressure was there and was evident in the silly mistakes. What is important now is to make sure we prepare well for the last game," he said.

"The idea is we want to lead the pool. It's going to be a tough game against Vanuatu but overall the boys need to step up in the next game."

Fiji will meet Vanuatu on Saturday in a Group B decider over the weekend.

New Zealand and Solomon Islands will meet tomorrow to decide the winners of Group A after both easily accounted for Samoa and American Samoa.