Australian winger Reece Hodge has been suspended for the Wallabies final three pool games at the Rugby World Cup, after being found guilty of a reckless high tackle on Fiji's Peceli Yato.

The no-arms tackle caught the Fijian flanker in the head in the 26th minute of the Pool D opener in Sapporo on Saturday but the Wallabies utility back was cleared of an offence by the matchday officials, despite the protestations of the Fijian players. 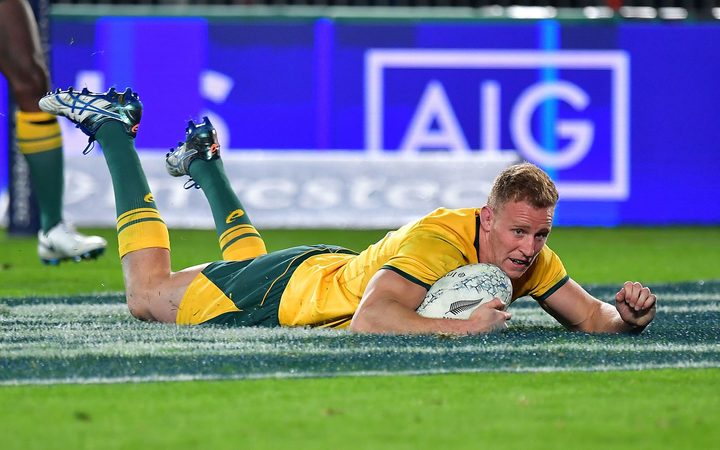 Yato was unable to return to the field after failing a head injury assessment and was also forced to miss Fiji's shock defeat by Uruguay in Kamaishi last night, in line with concussion protocols.

Hodge was subsequently cited the next day and an independent disciplinary committee ruled on Wednesday night that he should have received a red card under the high tackle sanction framework, but deemed the tackle to be reckless rather than deliberate.

The punishment was halved from six weeks because of his "exemplary disciplinary record, good character and conduct at the hearing".

Hodge who has 48 hours to appeal the decision, will miss Australia's clash with Six Nations champions Wales on Sunday as well as games against Uruguay and Georgia. He will be free to play again in the World Cup if the Wallabies advance to the knockout stage.

Samoa's Rey Lee-Lo and Motu Matu'u have been cited for dangerous high tackles in their opening World Cup match against Russia. 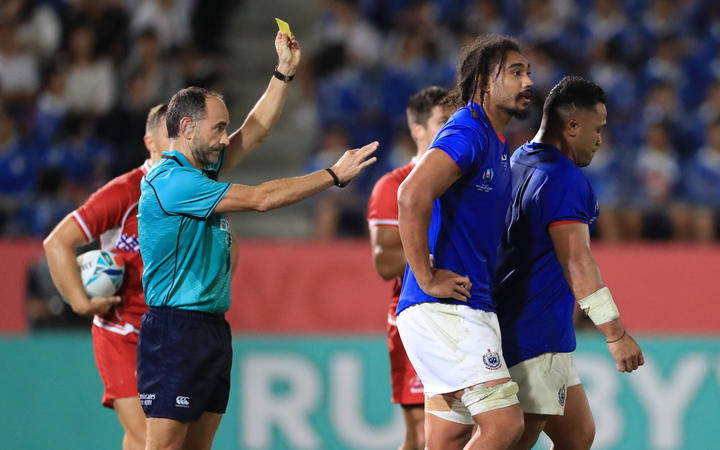 Motu Matu'u is yellow carded for a dangerous tackle against Russia Photo: AFP

Both players were shown yellow cards for the hits on fullback Vasily Artemyev in Kumagaya, with referee Romain Poite and Television Match Official Graham Hughes deciding the Russian captain had "dipped" his head going into the tackle.

Russia coach Lyn Jones said after the match he felt both incidents warranted a red card, commenting: "two red cards in two minutes and the world's a different place.

Samoan winger Ed Fidow also received a warning from the citing commissioner for throwing a punch during a separate altercation.