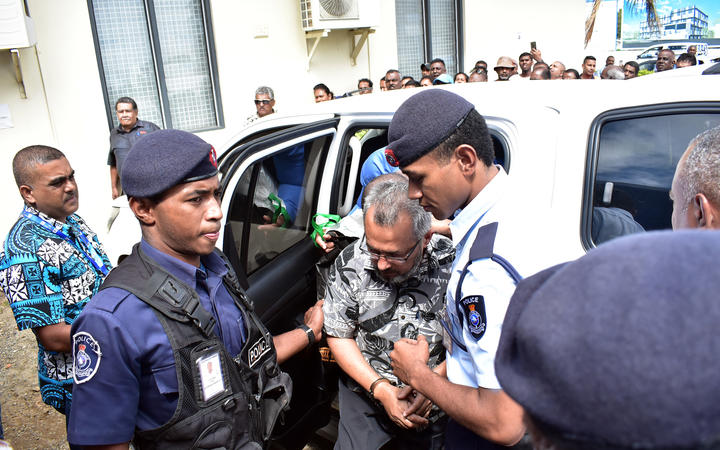 The 62-year-old who is a Fiji citizen but had been driving buses in Christchurch, is charged with the murder of five members of the Kumar family in the Nausori Highlands who were discovered last month.

The man is also being charged with attempted murder of a one-year old baby girl whose cries alerted a farmer to the scene at the top of cliffs outside of Nadi.

Judge Wimalasena remanded the accused in custody with the case deferred to 11 October after a state prosecutor asked for more time to file disclosures.

The dead man's brother, Raj Kumar said the defendant appeared for about 10 minutes and he was surprised to see his beard shaved off.

"His solicitor tried to bail him out. And the judge he told that 'no', he will remain in custody for those days. And then the policemen put the handcuffs take him, take him to the, back to where he came from, the Lautoka prison."

Raj Kumar said the family are feeling a bit shocked after seeing the accused's face so clearly.

He said there were about 50 people in the court today including a dozen family members.

He said the delay in hearings means he will have to return to New Zealand and the family is working together to make sure they can all follow the legal progress.

The accused man is known to the family of Nirmal Kumar, 63, his wife Usha Devi, 54, their daughter Nileshni Kajal, 34 and her two daughters Sana and Samarah, aged 8 and 11 - whose bodies were found in mysterious circumstances in the isolated Highlands on 26 August.