The Solomon Islands and China have sealed their diplomatic relations at a meeting in Beijing. 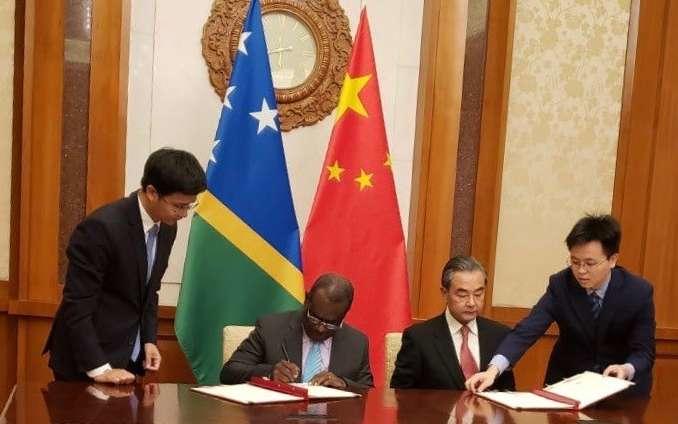 The foreign ministers of each country met yesterday just days after Honiara severed 36-years of relations with Taiwan.

In the joint communique signed on Sunday, Solomon Islands, for the first time in more than three decades, joined much of the world in relinquishing any notion of an independent Taiwan.

Last week, both the Solomon Islands and Kiribati announced they would suspend relations, leaving Taiwan with only 15 diplomatic allies - four of them in the Pacific.

China's foreign minister, Wang Yi, said it was not reasonable or sustainable for the two not to have relations, and that China would not impose any financial burdens on Honiara.

The Solomons foreign minister, Jeremiah Manele, said his country stood to gain significant financial benefit, while denying claims that it would come at the expense of sovereignty.

"I am indeed honoured to announce that Solomon Islands has become the 179th country to have diplomatic relations with the People's Republic of China," Mr Manele said.

"The development challenges of my country are huge. We need a broader partnership with everyone including China.

"The impact of climate change is happening three times faster than the global average. Non communicable disease is claiming seven out of 10 lives."