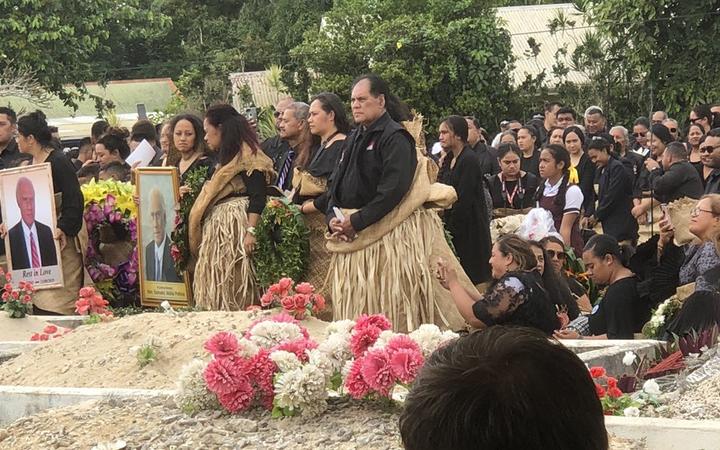 Mr Pohiva died last Thursday in Auckland after being medevaced from Tonga the previous day.

RNZ Pacific's correspondent in Tonga, Kalafi Moala, said the large number of mourners overflowed from the Free Wesleyan Church's onto its grass surrounds.

The service was conducted by the President of the Free Wesleyan Church, the Reverend Dr Ahio, and a number of other ministers from other churches were also there, Mr Moala said.

Her Majesty Queen Nanasipau'u attended as well as Princess Latufuipeka Tuku'aho - they were honoured guests, as well as nobles and ministers of the cabinet and distinguished people from many walks of life in Tonga, he said.

"That was, shall we say a blessed service indeed, with the choir, the main choir of the Free Wesleyan Church singing, and attended, I would say mostly by civil servants, friends and family from the government, different parts of Tonga, for a man loved by a lot of people and definitely the most distinguished personality in the last 30 or so years in politics in the Kingdom of Tonga."

Mr Pohiva was burried at the Telekava Cemetery in Kolomotu'a.