A fishing boat caught fire in the Marshall Islands on Sunday billowing black smoke from the vessel in Majuro lagoon. 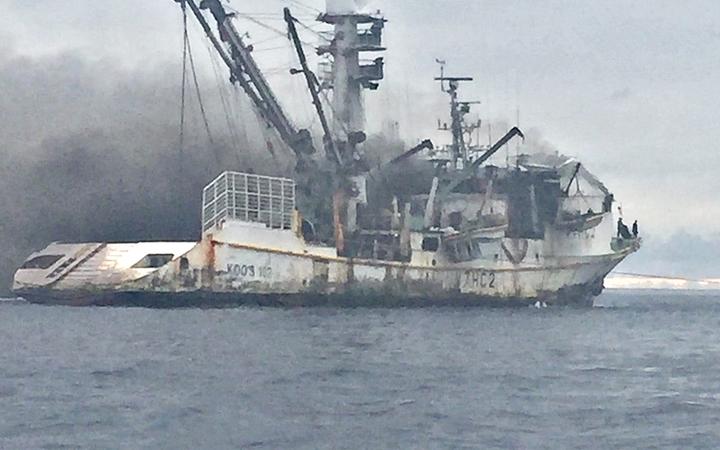 There were no reported injuries and the cause of the fire was not immediately known.

The Koo's 102 purse seine fishing boat is a 62 metre vessel built in Taiwan in 2005 but carries the Marshall Islands flag.

Seven crew members evacuated the vessel and there are no injuries reported.

The fire first appeared in the bridge and forward area.

The ship has the capacity to carry 900 tonnes of fish.

Koo's Fishing Company is Taiwan-based but registers and bases a number of its fishing vessels in the Marshall Islands.

Majuro is a major tuna transhipment hub, with many purse seiners in Majuro to off-load catches before returning to fishing grounds nearby.