The Papua New Guinea Orchids proved competitive in a 14-0 defeat by the Brisbane Broncos women's rugby league team in Port Moresby on Saturday.

Broncos front rower Millie Boyle crashed over for the opening try with fullback Chelsea Baker adding the conversion, however both sides were guilty of missed opportunities and handling errors.

Winger Vamili Toalepai and five eighth Tarryn Aiken also scored for the visitors either side of half-time, as the 2018 NRLW Premiers made a winning start to preparations for the 2019 season, which kicks off next weekend. 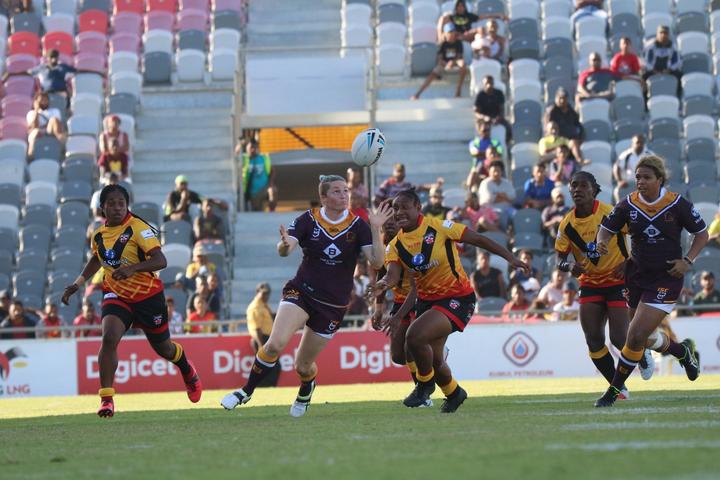 The Brisbane Broncos tuned up for the new NRLW season by beating the PNG Orchids. Photo: Facebook/Oil Search PNG Orchids

Australian Jillaroos international Baker said it is always fantastic to play in front of such a fun and vocal crowd in PNG but admitted the visitors Orchids made them work hard for their victory.

"The game-plan was just to have a bit of a blowout and get our completion rate there," she said. "We do have a lot to work on we've just realised - we made way more errors than what we wanted to make but we've got two weeks now until the NRLW starts so we'll be working really hard to improve that.

"These girls are ever-improving. How far they've come forward from when I played them last year and through the World Cup they've stepped up, they're a whole new team.

"They hit harder than ever, they're more solid than ever - you can tell they've been working really hard on what they do and I can't wait for them to make that step up to come and play with us." 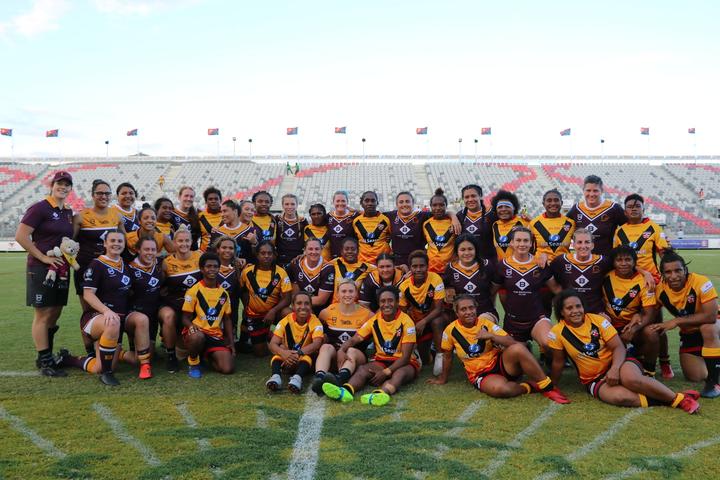 Despite failing to register a point, the PNG Orchids, who are preparing for the October's World Cup Nines competition, put up a much better showing than in their 28-0 defeat by Fiji in June while the 14 point losing margin was also a vast improvement on the 48-14 scoreline when they first played the Broncos 12 months ago.