Samoa have named their squad for the Rugby World Cup, including two new caps and 23 players who will be competing at their first tournament. 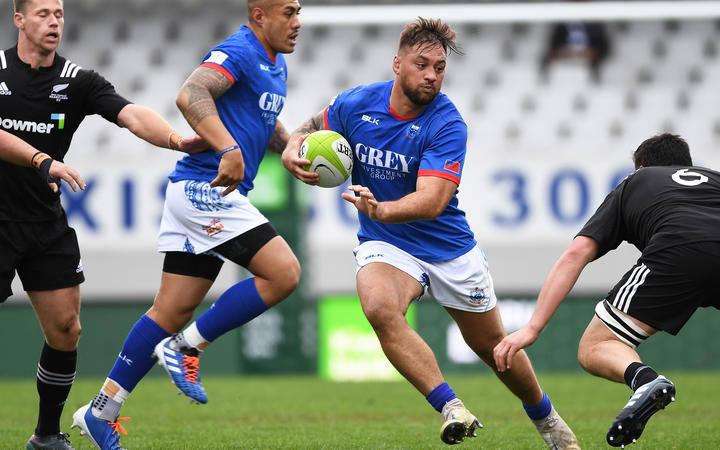 Flanker Jack Lam will captain the team in Japan and is one of eight players with previous World Cup experience, while the two new caps are Michael Alaalatoa and Scott Malolua.

Crusaders prop Alaalatoa made his non-test debut for Samoa one to remember by scoring two tries as the Manu were made to work hard for a scrappy win over the Heartland XV, in the first match of the Pasifika Challenge in Auckland.

Alaalatoa is the older brother of Wallabies prop Allan and their father Vili represented Samoa at the 1991 Rugby World Cup.

"He's a quality footballer and that's the reason why we worked so hard to try and get him," Jackson said.

"As you would have seen today our scrum's been good and everyone will have the same opportunity but he comes from a background being involved with the Crusaders - he knows what it's like to win - and the more that he's in the group the more he'll get comfortable and I'm pretty sure that we'll draw on a little bit of his intelligence around things that will do well for our team."

Hooker Motu Matu'u. lock Filo Paulo, flankers TJ Ioane and Jack Lam, midfielder Rey Lee-Lo and fullback Tim Nanai-Williams were all a part of Samoa's 2015 Rugby World Cup squad, while veteran first five Tusi Pisi will feature in his third World Cup in Japan at the ripe age of 37. Prop Logovi'i Mulipola, who played one match in the 2011 World Cup, was selected for the 2015 tournament but was ruled out with injury before the opening match.

Right wing Ahsee Tuala was another player to dot down twice for Samoa in their match against the Heartland XV.

Tuala could have had a hat-trick in the final minute of the game but instead popped a pass to midfielder Rey Lee-Lo just before the line. Hurricanes lock Kane Leaupepe scored Samoa's other try as the Manu forwards overwhelmed the Heartland side with two pushover tries and a rare tight-head at scrum time.

Steve Jackson said the hit-out was just what the team needed before rounding out their preparations against Australia.

"It just goes to show, especially for the Heartland XV, in this Pasika Challenge II again that's been put on how much it means to all teams that are out there playing this afternoon.

"For most of those players in the Heartland XV it was their first time being on Eden Park and what an occasion for them to get up and play against an international team like ourselves as Manu Samoa," Jackson said.

"I thought they took their opportunities and I thought they played fantastic rugby and they were into everything and it was just what we needed moving into the Australia game." 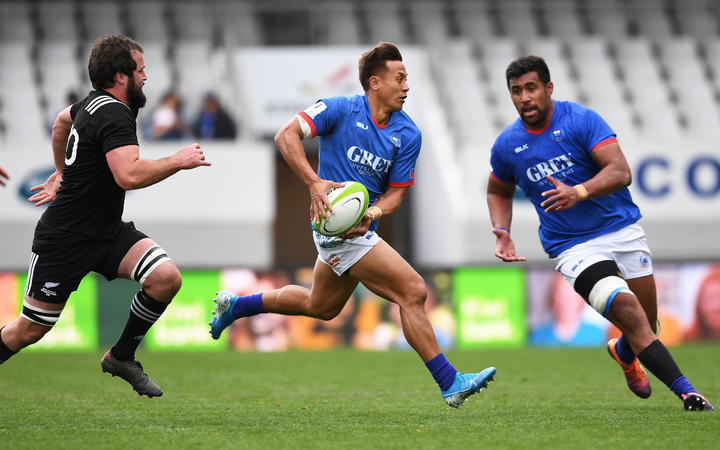 Tim Nanai Williams will feature for Samoa in another RWC Photo: Photosport

Manu Samoa play their final pre-World Cup match against Australia in Sydney next weekend and open their tournament in Japan against Russia on September 24.