Damage from this morning's king tide in Kiribati was eased by calm weather, according to a climate spokesperson. 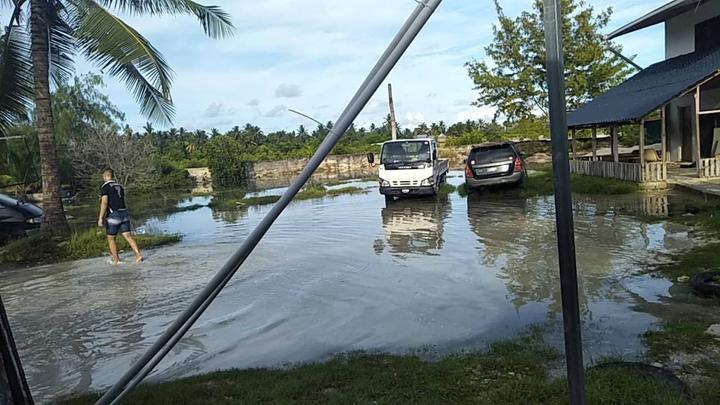 Kiribati Climate Action Network's Pelenise Alofa said she's thankful there was no wind or storm surge to drive it over seawalls and into properties.

People on Tarawa and other islands have been working all week to build up seawalls in preparation for the inundation, Ms Alofa said.

However, not everyone can afford new cement to protect their properties, she said.

The KiriCAN national co-ordinator said she had been up all night preparing for the tide but will soon go out to check on others around Tarawa.

"I'm just waiting for our team to turn up so that we can go and see if there are people that are really badly affected by the tide," Ms Alofa said.

"As I said, it affects us but because it did not come with a storm, it was so calm that the damage wasn't bad."

Despite the preparations made on her property, the tide managed to get under the seawall and find cracks to seep through, she said.

Fortunately, Ms Alofa said, the warnings were out early and there was plenty of time to prepare.

But some families who needed cement did not have money. 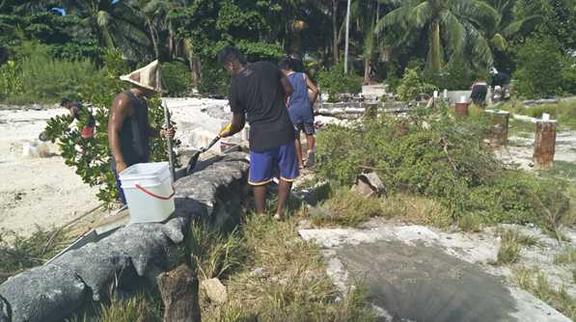 Pelenise Alofa said these are the families they need to get out and check on today.

Kiribati has three more days left of perilous tides before they ease back to normal.