By Alan Weedon of the ABC

Over the past few years, there has been greater recognition of gender diversity in mainstream Western popular culture.

From shows such as Ru Paul's Drag Race or Pose, to the prominence of trans figures such Hawaiian-American writer Janet Mock, talk of gender diversity has moved out of policy documents and into some parts of mainstream popular culture.

Coinciding with social media, this has given gender diverse communities around the world a chance to reframe their stories that have often been beset by negative colonial portraits.

Tahiti's pre-colonial expressions of gender diversity for example - known as māhū - prompted one English missionary to label the island the "filthy Sodom of the South Seas" in 1827.

But the Pacific is a region that has long-hosted alternative expressions of gender, and this current cultural moment has given its peoples a chance to contribute to a global conversation.

"In Samoan and other neighbouring cultures, people who have non-heteronormative lifestyles are not considered minorities," Léuli Eshragi, a Samoan-Iranian artist and curator, told the ABC.

"Everybody has a role and it doesn't really matter who you sleep with - the most important thing is how you contribute to the community," Dr Eshragi said.

Tahiti is not the only place home to māhū, as Hawaii is also home to them.

In Samoa, people assigned male at birth who live as women are known as fa'afafine, which literally translates to "in the fashion of a woman".

Homosexual acts may be illegal in Samoa, but the annual transgender beauty pageant is a mainstay of the island nation's social calendar.

For Samoans assigned female at birth who live as men, they are known as fa'afatama, as fakatangata in Tonga, and as tanata ira tane among Māori, though these people feature less prominently across the region.

Over the decades, there has been wide debate about how and exactly when these identities first emerged in the region, pitted between those who believe they are pre-colonial identities, and those who view them as post-contact phenomena.

"There is absolutely no evidence of the presence of [people like] leitīs in any Pacific culture other than Tahiti and possibly Hawaii," Professor Niko Besnier, a professor of cultural anthropology who specialises in the Pacific at the University of Amsterdam, told the ABC.

But he also pointed to his 1994 paper discussing the Pacific's gender diversity, where he explained the absence of these people within European records did not necessarily mean they were not there to begin with.

"Little can be inferred from historical silence."

Dr Eshragi said that the lack of historical documentation brought up the question of whether pre-contact cultures "needed to say who was cis-gender and who was trans".

"There wasn't such a barrier between people," he said.

It's important to note that some Pacific Islanders and those of the global diaspora who exhibit gender diversity do not see themselves as transgender, however others do.

Kalissa Alexeyeff, a specialist in the Pacific's sexualities and gender identities at the University of Melbourne, told the ABC that a number of misconceptions of the Pacific's gender diverse peoples still linger among Western observers.

She drew attention to the assumption that some akava'ine or fa'afafine were simply the product of families raising boys as girls in lieu of producing children assigned female at birth.

She added that the Pacific's gender diverse populations do not constitute a "third gender" as it has sometimes been reported, but more so represent a "spectrum of expression and identity".

But Professor Besnier explained that across the Pacific, there is increasing pressure to fit into Western LGBT categorisations.

"The problem is [Western] labels come with resources," he said.

"There are some who have managed to tap into outside funding [by] embracing the label LGBT because it enables them to present themselves to the rest of the world."

Amao Leota Lu, a Melbourne-based fa'afafine performer and activist, said that this pressure is compounded for those within the Pacific diaspora in the West, where the literacy of identities such as fa'afafine isn't as high, even among LGBT communities.

"What I find [in Australia] is we still try to find an identity or a box to fit in, and mentally it can be quite challenging," she said.

"When I look at my Samoan counterparts … the feelings are a bit more relaxed, they don't have to conform to a 'box'."

But despite the troubles of cross-cultural translation, Dr Alexeyeff said that greater cross-pollination between the Pacific and the West enabled the region's gender diverse peoples to broadcast their story to the world.

"People are saying [they're becoming] more Western, but I think [they're] actually creating more forms of cultural production and new identities that aren't necessarily Western," she said. 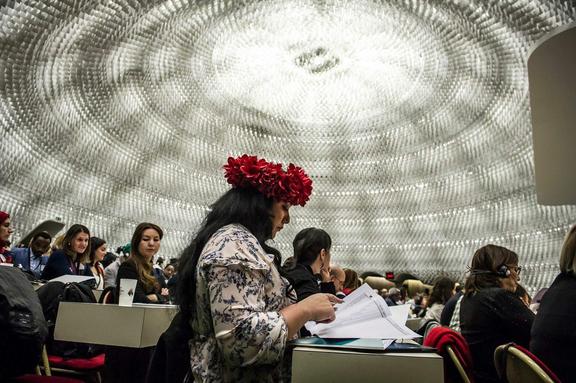 Phelysha Brown-Acton takes her message of support for minority groups to the world. Photo: Supplied

Some support from region's leaders

At a first glance, it may appear as though sexuality and gender diversity in the Pacific does not appear as fraught as it is in some Western countries. 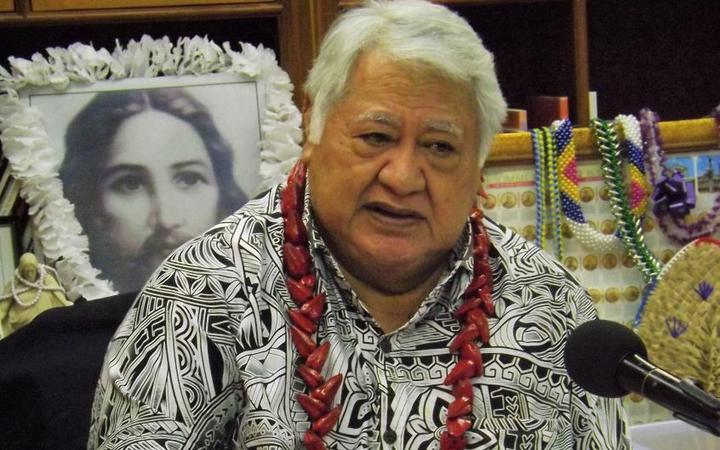 Professor Besnier said that even the Pacific's older Christian denominations - such as the Catholic, Anglican or Methodist churches - had no issues with leitīs.

How fabulous to judge the Miss Galaxy Queen pageant. And what a way to celebrate my birthday, many thanks @JoleenDeflir and Tonga Leitis Association for the delicious cake.️‍ pic.twitter.com/nMp32iDeVf

But despite this, Professor Besnier said that life as a gender diverse person in the Pacific begins with "a big minus".

"There is this [stereotype] of acceptance and and respect that leitīs are intensely respected, which is not true," he said.

Dr Alexeyeff added that the region's pedestaling of hyper-femininity cloaked the discrimination akava'ine or fa'afafine face when acting upon sexual desire.

"People love the whole show - the glam drag queens and performing," she said.

"But some of the people I've spoken to said if they were caught having sex with a man that's when they would get bashed by family members."

Ms Lu also spoke of the discrete discrimination that exists underneath countries such as Tonga and Samoa's tacit acceptance of these people.

"In Samoa, people need to get their head around the fact that fa'afafine can do anything - it's great that they hold government positions, but we still sit at the bottom of the ladder."

But, in spite of this context, Ms Lu added that there's never been a better time than now to advocate for the Pacific's gender diversity.

"We're seeing more stories coming out on social media - there needs a lot more, but it's just great when we've got our women of colour in the US that have got that narrative going for us," she said.

"What I say to Pacific people from the LGBTIQ [community]: Question everything, allow for your voice to be heard, get out there and be proactive and tell your stories."