Several government buildings in the Papuan provincial capital have been burned by protestors demanding an independence referendum.

Thousands of protestors marched into Jayapura where they proceeded to set fire to the Papuan People's Assembly building and the Customs building. 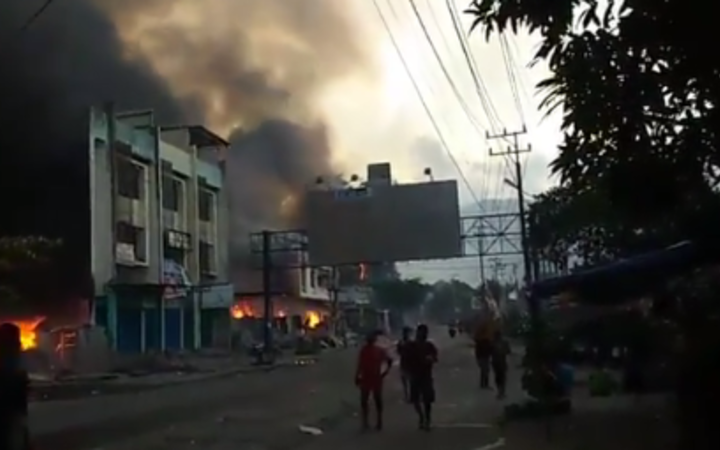 Buildings near the port being torched in Jayapura Photo: Twitter/ @VeronicaKoman

The group also reportedly torched a building housing the offices of state-controlled telecoms firm Telekomunikasi Indonesia - videos posted on social media show the parliament and other buildings near the port on fire.

It was the latest in a series of protests across West Papua which began eleven days ago, initially sparked by racist harassment of Papuan students in Javanse cities.

They have developed into protests calling for West Papuan independence, the largest and most widespread seen in the region for years.

Since last week Indonesia's government has blocked internet access in Papua, and phone lines have been disrupted too, in a bid to stop the flow of what it terms false information.

However reports filtering out from the regency of Deiyai have described a large public rally being met with a heavy handed response by Indonesian security forces.

At least two Papuan protestors and an Indonesian soldier were killed in a bloody clash in Deiyai on Wednesday, Indonesia's Foreign Ministry says. But activists and local media reports claim at least six protestors died in Deiyai.