Sione Kalamafoni is poised to play his first test for Tonga in more than three years after being named in the match-day squad to face Fiji in Saturday's Pasifika Rugby Challenge in Auckland. 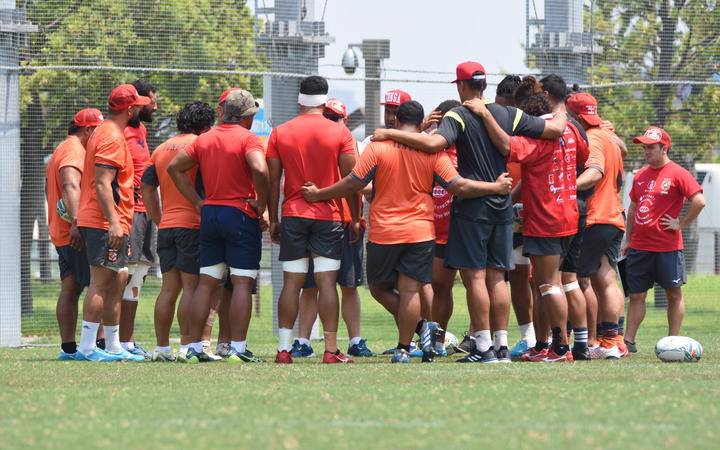 The 31-year-old loose forward earned the last of his 31 test caps for the 'Ikale Tahi in June 2016 and was ruled out of the Pacific Nations Cup through injury but the Leicester Tigers back-rower has proved his fitness at the optimum time, with head coach Toutai Kefu set to unveil his Rugby World Cup squad on Monday.

Stade Francais prop Siegfried Fisi'ihoi starts alongside hooker Paul Ngauamo and Siua Halanukonuka in the front row, in what will be his first test appearance of 2019.

Meanwhole ACT Brumbies and former Australian Under-20s prop Vunipola Fifita is set to make his test debut off the bench.

In the backs James Faiva is once again given the nod at first five, with veteran Kurt Morath included on the bench ahead of Latiume Fosita.

The Ikale Tahi team to face @fijirugby has been named.

Some big ins for the Tongan team with the return of Sione Kalamafoni to national duties, Siegfried Fisi'ihoi coming back in after a long layoff due to injury and Vunipola Fifita to make his potential debut. pic.twitter.com/c34OfmrnIF

Inspirational number eight Nasi Manu and fullback Telusa Veainu are both training with the 'Ikale Tahi squad in Auckland this week but will have to wait another week to return to on-field action having been left out of the 23-man squad.

However, Toutai Kefu told RNZ Pacific last week that the pair are quality players who will be a part of their World Cup squad if fit and healthy.

Tonga, who beat the Flying Fijians 27-18 when the teams last met in Lautoka 14 months ago, will round out their World Cup preparations against the All Blacks in Hamilton next weekend.