Tongan kayaker Pita Taufatofua has finished last in his first competitive race at the Canoe Sprint World Championships in Hungary. 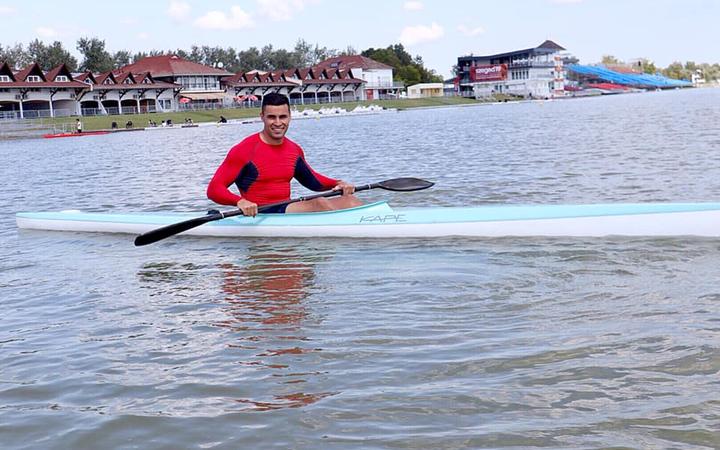 The 35-year-old announced in May he had taken up kayaking in a bid to become the first person this century to compete in three different Olympic sports.

Taufatofua has already represented his country in taekwondo and cross-country skiing but he admits his bid to qualify for Tokyo in a new discipline is not going well.

Competing in heat five of the K1 200m sprint, Taufatofua, who has been struggling just to stay upright in his kayak, said he registered a personal best of 58.19 seconds. It was still the slowest time of all the heats.

"I was happy to cross the finish line while still staying on the kayak. I mean that was certainly a goal of mine so I can tick that one off the list," Taufatofua said.

The winner in Taufatofua's heat was Serbia's Strahinja Stefanovic who completed the race in 33.97 seconds. Overall fastest was Britain's Liam Heath with 33.71 seconds.

When you’re facing the wrong way and they start the race without you... But you still get a PB pic.twitter.com/5uFE0DVuQb

Taufatofua, who contested the race in a training kayak, said it was still early days.

"Just being in Hungary and seeing just how good these guys are, how strong they are in the sport. Most of them have been doing this their whole life. They give me more motivation just to up my game and spend the next... six months leading into the qualifier working even harder," Taufatofoa said.

A fellow Pacific kayaker, Jimmy Jonas from Palau, finished second-to-last in his heat, thanks to a disqualification, with a time of 53.94 seconds.