The Canoe Sprint World Championships are just three weeks away and Tonga's Pita Taufatofua cannot paddle more than 20 metres without falling into the water.

The 35-year-old announced in May he had taken up kayaking in a bid to become the first person this century to compete in three different Olympic sports.

He first made global headlines with a shirtless entrance as Tonga's flagbearer at the 2016 Summer Games in Rio, a feat he repeated at last year's Winter Olympics in Pyeongchang. 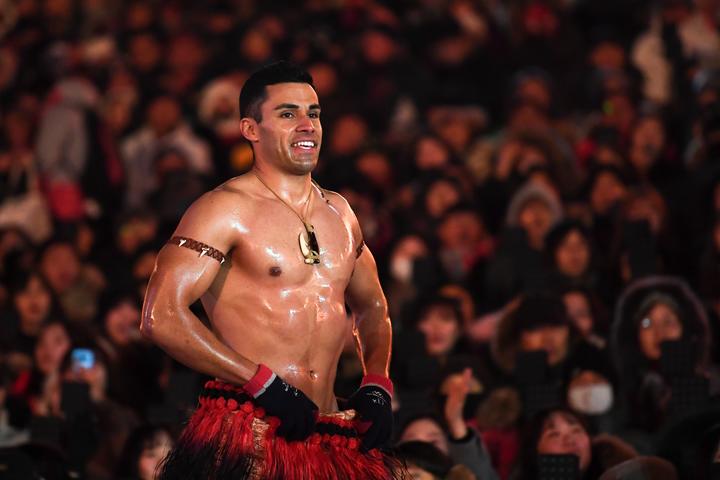 But, after representing his country in taekwondo and cross-country skiing, he admits his bid to qualify for Tokyo in a new discipline is not going well.

"Progress is going absolutely terrible. I can't stay on the kayak longer than 20m - I need to make 200m," he said.

"The time you think of is 34 seconds because that's the Olympic time, but I don't know if I'm a minute off the guys or 10 seconds or 20 - I have no idea because I can't finish 200m without falling off yet so I'm curious myself." 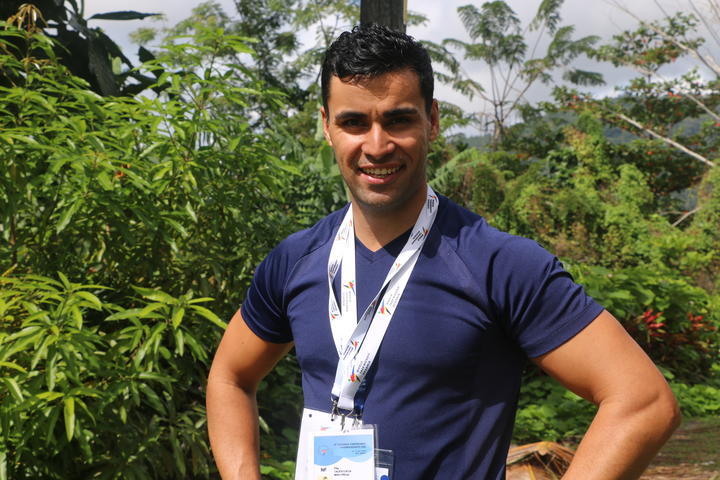 The Brisbane-based athlete is still without a proper race kayak of his own while his taekwondo coach, Master Paul Sitapa, has quit his job in New Zealand and temporarily moved away from his family in an attempt to help Taufatofua prepare for the World Championships.

"It's like the blind leading the blind at the moment...He knows as much as I know," he laughed. "He's been on YouTube looking and watching and learning how to coach (kayaking) so we will have a week in Hungary before the World Championships to try and figure it all out, he'll learn from coaches.

"But the biggest thing is he's got heart. He's up at five in the morning, he'll put the kayak on the car, he will have breakfast ready - he's a coach, he's a chef, he's a masseuse, friend, brother, everything."

The rumours are true! My first ever kayak race will be the World championships in Hungary in only 3 weeks time! I’m not sure why my first race always has to be a World championships but all or nothing :) The International Canoe Federation and Hungary World Championships organizing committee has been kind enough to help with a one week camp before the competition so I’ll get a week of practice in on a race kayak, some good news :) We still don’t own a race worthy boat/paddle or equipment and still can’t paddle more than 20m without tipping out due to the balance issue, but spirits are high :) Ive been working a lot on visualisation and strength. I have no bench mark for speed as I haven’t yet made 200m when I borrow the race kayak ( they are extremely unstable). We haven’t figured out how we will get there but like all things we are extremely confident we will find a way and just happy to have the chance to race and learn from the best in the world. The International canoe federation and organizing committee have been amazing in their help and support . So proud to be part of the canoe and kayak federation! @master_sitapa @planetcanoe

Taufatofua will finally get his hands on a racing kayak later this month, with the International Canoe Federation and World Championships organising committee helping to arrange a one-week camp in Hungary before the competition begins, so he can get some practice in using the proper equipment.

"There's something about the sprint kayak which is completely different to a recreational kaya," he said. "It's built to just be fast in one direction and being balanced while sitting down and putting in a power-stroke - I put in a power-stroke and I fall off. I haven't figured it out yet but I'm hoping that it's something like riding a bicycle: you have no idea until you do and then you can do it forever."

Pita Taufatofua needs to win World Championship gold in the K1-200m in Hungary to earn direct qualification to the Tokyo Olympics. But, in the extremely likely event that that does not happen, he will have one final opportunity at the Oceania Championships in February.

"If there's a man that can win that race why can't other men win that race as well? What I found from the Olympics is that most of it is belief. People think sports is just about the physicality. I have a lot of strong belief. I don't know what my time will be. I might come in the next day, but I feel if we have good belief anything can happen."