More than 400 students studying at the University of the South Pacific in Tuvalu now have faster internet after a new satellite dish was commissioned at the Funafuti campus last week. 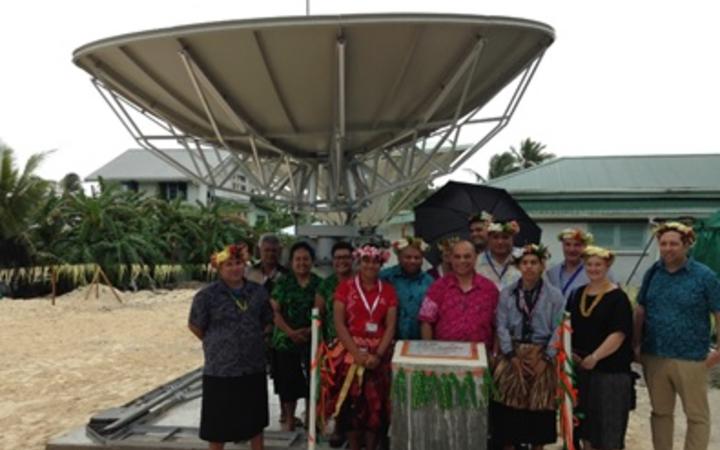 Campus director Rosiana Lagi said the dish was part of university improvements to information and communications technology services at its regional campuses.

"Most of the courses are taught online from the main campus at Laucala (Fiji) where majority of the lecturers are. So having the satellite (dish) will improve our students' access with the lecturers," Dr Lagi said.

"I teach from the Tuvalu campus to students in other campuses," she said.

"The online and blended-mode study use a tool called Moodle. It's like an online blackboard where they have everything, their notes, the lecture notes, their reading and other activities like forum discussions, quizzes where they submit their assignments.

"So having the new satellite (dish) allows the students to access these tools and use them effectively."

The dish was commissioned by New Zealand's Minister for Pacific Peoples, Aupito William Sio, who was in the Tuvalu capital last week for the Pacific Islands Forum leaders summit.

It is one of two dishes funded by New Zealand's Ministry of Foreign Affairs and Trade for the Tuvalu campus, Dr Lagi said.

It would also benefit members of the community and NGOs in Tuvalu, who are allowed to use the campus library for research, she said.