A Tokelauan theatre show claimed to be the first of its kind is highlighting the threat the climate crisis poses to the territory. 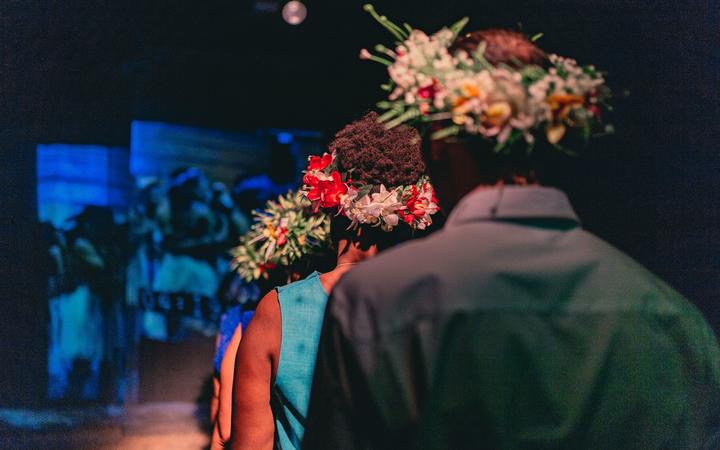 Te Molimau, which opened this month at the Belvoir St Theatre in Sydney, is set in a future where Tokelau is submerged.

She said the idea came to her when she first heard rising sea levels could leave Tokelau under water.

"We see what is being projected to happen in the future, in this last hour of Tokelau's life, and then what is happening currently in the world with the climate crisis and the discussions that are happening all over the world on the news, the way that people are being affected. We see footage of the rising sea levels."

Ms Ugavule said there had been a huge turnout from Tokelauans in Sydney, with many going multiple times and often crying.

"They'll tell us how proud they are and overwhelmed they are with joy that our stories are being heard because they've never ever seen that before... which really speaks to the necessity of the visibility of our stories in the theatre."